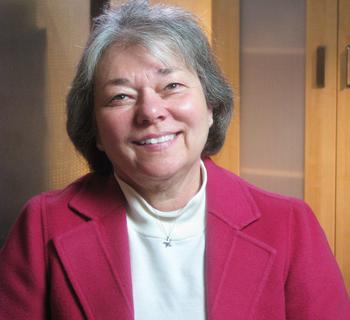 Founder and Executive Director
A Home Within
Purpose Prize Winner 2008

Offering free counseling to foster kids for as long as they need it.

Being shuffled from one home to the next and bounced around in the system, foster youth often struggle to trust adults. And after they “age out” of the system at 18, half are unemployed, one-third go on welfare and one-fourth become homeless. That’s why Toni Heineman asked 12 fellow therapists to agree to see one foster child for free for “as long as it takes.”

That became A Home Within, which has since involved more than 500 young people and 400 volunteer therapists. The therapists often become the one trusting adult that can help a foster child work through the past and move into a successful adulthood. More than 20 Home Within chapters are now active nationwide, and Heineman plans to expand beyond the cities into the suburbs with a goal of 2,500 therapists by 2013

Children placed in foster homes often need psychological counseling to cope with the abuse, abandonment or other trauma that made it necessary to separate them from their birth parents. But such children, repeatedly relocated by overloaded child welfare systems, are often reluctant to trust any adult.

Toni Vaughn Heineman, who had worked with foster children in her private clinical practice for decades, set out to change that, one child at a time.

Heineman knew that consistent contact between therapist and child was key to the child’s future.

Research has shown that one reliable, non-transient adult figure in a foster child’s life can dramatically improve what therapists call resiliency, a person’s ability to recover from a traumatic experience.

And she thought that, if approached in the right way, therapists would want to help.

So in 1994, Heineman called 13 colleagues and suggested that each offer free services to one troubled young person in foster care for “as long as it takes” – as long as that child wants or needs help. She promised that with just one such patient, the work wouldn’t be too burdensome and the paperwork nonexistent. The commitment, however, would have to be unconditional.

It worked. Her core group of 13 began volunteering their services. Heineman spoke to professional organizations about her approach – and began to show results. “People started asking us how to do this, and we started asking ourselves, ‘What did we do? How do we codify this?'”

In 2001, at age 53, Heineman scaled back her private practice and formalized her system as a nonprofit organization called A Home Within.

“One of the things we’ve learned is that foster children aren’t even aware that they’re present in someone’s mind,” Heineman says. Most foster care children who are referred to therapy have experienced chronic loss and emotional trauma, first by their experiences before entering the foster care system and then by the emotional battering of the system’s revolving door. It can take more than two years for children even to have confidence that a therapist will be available to them, longer than many have spent with any adult in their entire lives.

Many well-intentioned therapists sign up to treat foster children early in their careers but become less available as their private practices grow. When private care is unavailable, foster children may be placed with organizations that hire interns to counsel them for as little as a year. These short-term relationships can be unproductive at best and harmful at worst, but no better alternative has been available for foster children in need of psychotherapy.

Heineman recalled that during her training years, she supervised care for a foster child who seemed to be shutting down emotionally after seeing several therapist interns for brief periods. Heineman proposed that the little girl work with a single staff member, but the director replied that it was policy to have foster children experience these losses so that they might cope better with other losses later in life.

As a result, at least in part, of this attitude, many children leave foster care at 18 without ever having experienced long-term human closeness. They lose what homes and support services they do have and, after a year, half are unemployed, 33 percent are on welfare and 25 percent are homeless. Only 3 percent graduate from college.

The Home Within model, by contrast, is “open, ongoing treatment,” which means that none of the 500 children who are in or have passed through the program is a “closed case” – all are welcome to return to see their therapists again. More than 400 volunteers are now involved in A Home Within, including therapists and other helpers, and 200 children are actively receiving treatment.

“Most people have little grasp of what it means to grow up in a world where no single person is fully responsible for your care or your future,” Heineman says. “I see my role as taking the message to a wider audience.”

One therapist at A Home Within was working with a child who had grown up in a group home because his mother alternated between coddling him and telling him to get out of her life. As he turned 18, he was about to graduate from high school with a full scholarship to college, but became paralyzed with anxiety. He began to fail his courses and one day vanished without graduating. The therapist lost contact with him.

About a year later, she heard a report the boy was still in the area, taking community college courses toward his diploma. She gave him a call, and to her surprise he called back immediately. “I’m so glad you called me,” he said. “When can I come in?” He returned to treatment and was able to talk about the fears that had derailed him a year earlier. He is still working with that therapist.

Another teenager in Chicago rarely appeared at scheduled meetings with her Home Within therapist, making it to only three sessions in six months. After three years without contact, she called the therapist to say she had been immature earlier but was now ready for treatment. True to A Home Within’s philosophy, the therapist assured her there was still a place waiting for her.

“There may be a long time of a very tenuous connection,” Heineman says. “We have to be there when we say we’ll be there and recognize that a relationship is being formed.” Clinics, paid by the visit, cannot be so flexible.

A Home Within now has 20 chapters nationwide. Heineman pursues partnerships with child welfare agencies across the country to make them aware of A Home Within’s service, and brings her volunteer therapists into regional consultation groups to share their stories of failure and success.

“I think it can be overwhelming to know that you are this child’s lifeline,” said June Madsen Clausen, research director at A Home Within. “I doubt these therapists would be able to last the way they do, if they didn’t have the consultation groups.”

Heineman now hopes to train 120 therapists to be clinical directors for new chapters, many in suburbs that have fewer therapists than cities do, and to have 300 active cases by the end of 2008. Her five-year strategic plan includes a goal of 2,500 active cases by 2013. She wants to break the cycle in which former foster care children become dysfunctional parents themselves, generating another generation of foster children.

2015 Update: A Home Within created a series of videos to tell stories of foster youth and parents. Click on this link to watch. To learn more about A Home Within’s model, watch this video.