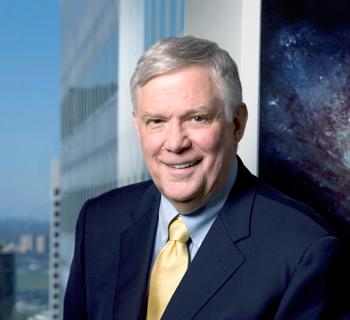 Seeing students performing poorly in math and science, Tom Luce created an organization that identifies proven teaching programs and replicates them nationally.Evidence has been mounting that U.S. students are falling behind in math and science, as they have scored far below their counterparts in other industrialized nations. In 2007, Luce founded the National Math and Science Initiative to remedy what he saw as a crisis in intellectual capital that threatens national and economic security. “Our country’s young people are not receiving the skills they need to be competitive in the global marketplace,” says Luce, 69, who left his job as a law firm managing partner for an encore career in public education. “In today’s economy, math and science are not just for brain surgeons or rocket scientists, but for any person looking for a job.” Luce’s organization – a public-private partnership – expands successful teaching programs through grants and other support. Through the initiative’s work, 13,000 high school students in six states have enrolled in advanced math and science classes, and 1,100 college students in 13 universities have signed on to become math and science teachers to help combat teacher shortages in those subjects.