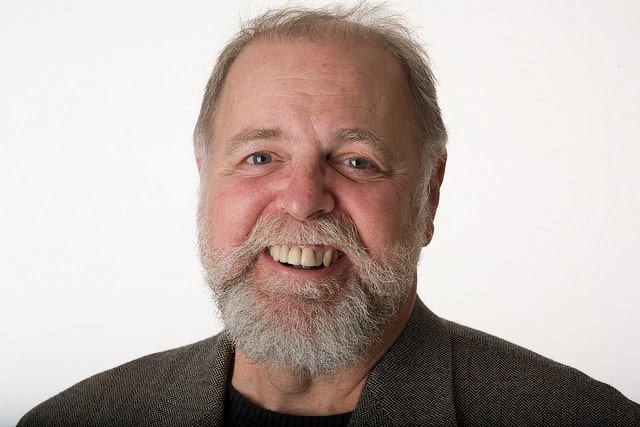 Will brought broadband to his Appalachian community, then linked local farmers and chefs through an online ordering system.

Tim Will saw that his adopted community – chosen for its stunning beauty – was decaying. Manufacturing jobs, the Appalachian county’s economic base, had moved elsewhere, and the area lacked the infrastructure to support new business in a technology-driven world. So Will used his telecommunications background to connect the North Carolina county’s agrarian past to a digitally supported future. After getting the rural area wired (no small feat), he linked local farmers and chefs in the nearest big city through an online ordering system, bringing laid-off factory workers back to farming and lifting the area’s economy.

A telecommunications systems analyst who had given up the big money to teach high school, Tim Will has a habit of following his passions. He helped rebuild poor communities in Honduras and Fiji with the Peace Corps. As a neighborhood planner in New Orleans, he refined his understanding of the needs of low-income residents. Much of his telecom career involved introducing complex technological innovations in the Caribbean and South America. He even managed a small Florida town as its part-time mayor, balancing elected office with his other job – teaching U.S. history in a Miami high school.

At 58, Will arrived in Rutherfordton, North Carolina, population 4,131. With a combination of entrepreneurialism, technology skills, and the ability to win people over, Will helped turn life around for an Appalachian County withering from job loss. Most surprising of all, he did it by returning the former farming community to its roots.

Over a period of years, Will persuaded one farmer at a time to grow specialty crops for restaurants in Charlotte, North Carolina, about an hour away. At the same time, he got the entire county wired and created an online ordering system to encourage farmer-chef business relationships. The enterprise has lured unemployed factory workers back to farming, and the local economy is gaining ground.

Will, 61, came to North Carolina to fulfill a wish. Watching the film The Last of the Mohicans with his family in the late 1990s, Will was struck by the spectacular, unspoiled beauty of the film’s setting. “No matter where that is,” Will told his wife during one particularly eye-catching scene, “that’s where I want you to bury me.”

The location, he later learned, was Rutherford County, nestled in the heart of North Carolina’s Appalachian Mountains between Charlotte and Asheville. Eventually he bought a farm in the county and in 2006 he left the urban jungle of Miami for greener pastures.

Not long after relocating, Will took a job as a small business developer with the nascent Foothills Connect Business & Technology Center in the town of Rutherfordton. The center was created to support small business entrepreneurs and provide community Internet access, but to that point it had done little more than set up a handful of computer terminals for public use. Less than a month later, the director resigned. With no other candidates on the horizon, Will was promoted to the top post almost by default.

He faced monumental challenges. One of the most economically distressed areas in the nation, Rutherford County had lost 75 percent of its textile and furniture manufacturing jobs – the county’s employment backbone – to globalization. And the county found itself on the wrong side of the nation’s digital divide, with little broadband infrastructure on which to build a new economy.

“I moved from a totally connected world to a mostly disconnected world,” Will recalls. “People didn’t realize how far down in the hole they were. Without broadband, they were never going to get out of it.”

Will’s first major achievement was to win a $1.4 million grant from the Golden LEAF Foundation to wire the county’s schools and police and fire departments. To recruit support, Will organized the region’s first symposium on connectivity. About one year later, every school in the county was wired with fiber optics, and teachers were being trained to use the technology.

Looking for another opportunity, Will learned that 6,000 families in the county owned between five and 20 acres of land, and that small farms had been the county’s primary economic engine prior to the arrival of the manufacturing plants. But few farms were still operating, and those that still produced food crops relied on a central distribution network that set prices at subsistence levels.

During a chance encounter with a chef at a Charlotte restaurant, Will learned that the city’s eateries had little access to local produce. Not long afterward, Will ran some numbers and conceived an idea: Foothills Connect could persuade farmers to grow for Charlotte restaurants and could create an online ordering system to facilitate business.

In Will’s view, farmers could get a retail price for their crops, increasing per-acre yields from a few hundred dollars to as much as $30,000. Laid-off factory workers might return to farming, energizing the local economy.

The plan seemed far-fetched, seeing as it would require a series of risky and untested steps, not to mention a major change in thinking from everyone involved.

Jeff Searcy was working his fields one day when Will drove up, unannounced, and approached him with the Farmers Fresh Market idea. “He kind of shared his vision for how it was going to work,” Searcy says. “I was skeptical.”

Today, Searcy is the most active farmer in the project, growing about 70 specialty crops for restaurants and a local farmers’ market Foothills Connect established. “Tim has a gift of communication,” he says. “What drives him to be able to succeed is his passion.”

Will recruited a roster of restaurants willing to add local produce to their menus. He persuaded farmers to grow such unfamiliar items as shiitake mushrooms, microgreens, and heirloom tomatoes. And while local farmer-restaurant relationships have been sprouting nationwide, Will set up a database and adapted software to create a unique ordering system.

Jean-Pierre Marechal, executive chef for the Marriott City Center in Charlotte, credits Will for helping to enhance creativity among area chefs: “Tim has brought about a much needed program helping farmers who were having difficulties getting their products to a large metro area and allowing local chefs to be inspired by all the local and organic produce that is out there.”

Just two years after Will developed the plan, Farmers Fresh Market has been a resounding success. About 70 farmers are enrolled, and Foothills Connect fields new inquiries almost daily.

With the venture becoming more popular, Will realized farmers needed to grow their business capacity. That meant teaching farmers to use computers and, in some cases, to type. Will converted a vacant plot near the center’s offices into a demonstration garden and established the Foothills Connect Sustainable Horticultural School, which has graduated 120 adults.

For high school students, Will worked with a local teacher to add a sustainable horticulture course to the curriculum. Seventy-five students enrolled in the first class, and more than 300 have signed up for the next one, double the classroom’s capacity.

Meanwhile, the center has developed innovative software using bar codes that will enable retail consumers to order from multiple farmers online, dramatically expanding potential sales. A new program is training local residents to refurbish old computers for children whose families can’t otherwise afford them. And Will is exporting the center’s agriculture programs across the state.

Will understands that his life experiences have put him in an ideal position to succeed in Rutherford County. “I realize now that I’m a teacher,” he says. “My job is to get people to see things that may not be obvious to them.”

2015 Update: The nonprofit formerly known as Foothills Connect now operates as Farmers Fresh Market and continues to use agriculture as an economic driver. Recent gains have helped middle-aged Appalachian farmers with limited literacy learn to read, in order to use technology to grow their business capacity, with the support of Dr. Natasha Hayes, who specializes in the rehabilitation of brain-injured patients. To date, the Foothills Connect Sustainable Horticultural School has graduated 140 adult students.