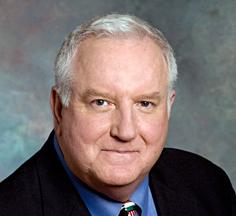 Bilodeau’s Medicines for Humanity provides access to basic healthcare and medicines to hundreds of thousands of children under 5.

As a volunteer working to improve medical conditions in Ecuador, Timothy Bilodeau stood by a mother whose 3-year-old child had just died for lack of 25 cents worth of medicine. The impoverished woman, in agony, had been forced to choose between buying food or medicine for her child, and had chosen food. “No parent should have to make that choice,” says Bilodeau, 63. Yet, an estimated 7 million children under 5 years old – 20,000 a day – die worldwide from causes that can be treated or prevented.

Bilodeau was the former owner of a healthcare recruiting business but moved on because he “sensed a lack of meaning in life.” This launched him on his encore career, at first providing medications for poor children, until an “epiphany” in the Dominican Republic caused Bilodeau to realize that medicines alone would not solve the problem, that preventive and follow-up care and parent education were essential to giving children a chance to survive and thrive.

In 2003, Medicines for Humanity was born to develop systems of care that would identify and reach the most vulnerable children. The organization works with local communities in Angola, Cameroon, the Dominican Republic, Guatemala, Guyana, Haiti, Kenya, and Rwanda, and has provided health services to more than 400,000 children so far.

“I don’t do this work because it gives me satisfaction,” Bilodeau says. “I do it because I have to. Such is my ‘encore life’ – and I wouldn’t trade it for any other.”