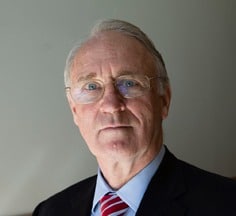 The timing couldn’t have been better when Thomas Cox walked into the offices of Pine Tree Legal Assistance, a Maine nonprofit where he had periodically volunteered during his long career as a private practice lawyer for banks that specialized in debt collection and foreclosures.

Pine Tree was just about to launch a new organization called Maine Attorneys Saving Homes, to provide legal assistance for low-income homeowners facing foreclosure in the state. And Cox couldn’t have been a better fit. He had literally written the book on the subject.

“The guy who wrote the manual on foreclosures walks into this place on the day they’re looking to set up a program,” he says with a laugh about that day in April 2008. “They said, ‘Would you like to help us get this going?’ and I said, ‘Yeah, that sounds like fun.’”

Maine Attorneys Saving Homes would soon have an impact far beyond Maine. When Cox delved into foreclosure affidavits (sworn statements), he detected blatantly fraudulent practices by banks. He discovered that their affidavits were signed by witnesses who knew nothing about the documents’ contents, and that many of the affidavits were filled with false statements. “I was seeing it case after case,” Cox recalls.

In September 2009 Cox took up the case of homeowner Nicolle Bradbury, whose home was being foreclosed upon by GMAC Mortgage, the nation’s fifth largest mortgage servicer at the time. (GMAC is now facing Chapter 11 bankruptcy.) The company’s “limited signing officer” admitted he had signed thousands of foreclosure affidavits in 23 states, including Bradbury’s, “without ever knowing if any of [the information] was true – he was only hired to sign the papers,” Cox says.

By exposing the practice, which soon became known as “robo-signing,” Cox blew the lid off systematic foreclosure fraud by not only GMAC, but some of the country’s biggest banks. As a result, GMAC suspended all foreclosure activity nationwide on September 18, 2010; JP Morgan/Chase, Citibank and PNC Bank soon did the same.

The impact on wronged homeowners was so immense that together 49 of the 50 state
attorneys general sued the five biggest mortgage servicers for their fraudulent foreclosure activities. In December 2011 Bradbury finally won her case against GMAC in the Maine Supreme Court. In February 2012 the servicers agreed to a $25 billion settlement to assist people who had either lost or were going to lose their homes to foreclosure, or who owed far more on their mortgages than their homes were worth. The settlement also imposed new loan-servicing standards.

“As a lawyer, I have this passion for the legal system and justice and fairness,” says Cox. “Part of what drives me so hard is that I’m outraged by the abuse of the legal system – by corporate America, by the country’s biggest financial institutions – and I’m embarrassed that my profession participated in creating that outrage.”

For Cox, this desire for redress was long coming. He had spent decades working for the bank side of the foreclosure equation.

Born near Philadelphia and raised in St. Louis with his sister by a single mother after his father died when he was 4, Cox first lived in Maine to attend Colby College, where a course in international law “turned the light on.” He went to law school at Boston University, got married, graduated in 1969 and took his first job as a public defender.

He moved back to Maine in 1970 and joined a small law firm, where he became a debt collector and expert in bankruptcy law. He learned to foreclose upon individuals and businesses that failed to pay their debts, and even wrote a step-by-step foreclosures manual.

“I knew how to put better [loan] deals together because I knew how they came apart,” he says. “Not every foreclosure is wrong.”

In 1980 he and five colleagues started their own firm. Later that decade, the savings and
loan scandal broke, fueled by banks’ speculative lending activities. Widespread bank closures imperiled the financial stability of many of the banks’ business loan customers. On behalf of his banking clients, Cox found himself threatening to foreclose upon the homes of small-business owners who had put their homes up as collateral against commercial loans.

He recalls having to foreclose on the homes of Maine small-business owners whom he had come to know personally as he had worked with their lenders in making those very same loans. “You had to shut down your feelings and do your job. It is not nice work, hurting people.”

Cox’s moral distress took a harsh toll. After the savings and loan scandal, which led to more than 1,000 executives being jailed, Cox joined another law firm as a partner, but he felt increasingly alienated by a changing business culture that valued the bottom line above all: “I saw the whole shift in the industry to not caring about quality work and just caring about money, about pure profit.”

His personal life also crumbled. He struggled with depression so deep that it led to divorce from his wife and estrangement from his young sons for five years. He retired in 1999 and underwent intensive therapy for the next four years, eventually re-entering the workforce in a wholly different field: home carpentry.

But his desire to be involved in law never left. That’s why he eventually walked into Pine Tree’s offices – and into the opportunity to help homeowners.

Since then, some 80 lawyers in Maine have been trained by Cox and a small team of volunteer lawyers to represent people like Bret and Meghan Oathout. Cox helped them keep their home from being foreclosed upon by a Lehman Brothers affiliate. The Oathouts paid thousands of dollars in fraudulent fees before Cox helped them get their case dismissed – and their mortgage annulled.

“He’s just been a godsend for us. We couldn’t have done it without him,” says Meghan Oathout, mother of five. “Everybody agreed that fraud had been committed, but nobody else wanted to go the extra mile. Tom did.”

“He’s incredibly tenacious,” echoes Nina Simon, director of litigation at the Center for Responsible Lending, based in Washington, D.C. “He was in it to make a difference. He was pretty outraged that no one seemed to care about following the law anymore.”

Cox is now building a network of lawyers to do volunteer legal work. He wants to draw experienced lawyers like himself into public service while mentoring younger, private-practice attorneys to seek justice. He crisscrosses the country to speak at law schools, seminars, conferences and lawyers’ groups about these notions. The idea is: “No more billable hours, just good work – justice at its essence,” he says.

“I feel more alive and vital than I think I’ve ever felt in my life because I know it’s good work,” Cox says. “We’re helping the justice system, and that’s an inspiring message to be able to deliver to other lawyers – to say, ‘You can work on this.’”