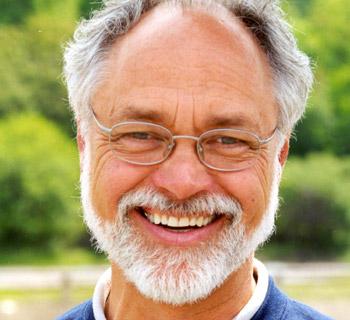 Creating empowered communities in Appalachian coal country, one watershed at a time.

Allan Comp brings a multidisciplinary approach to the problems wrought by pre-regulatory coal mining in Appalachia, a region stretching from northeastern Pennsylvania to central Alabama. In 1994, Comp – with a Ph.D. in history, experience working for the National Park Service, and a job with the Southwestern Pennsylvania Heritage Preservation Commission – founded a nonprofit called AMD&ART. Acid mine drainage (AMD) – the metals-laden water, often acidic, that coats stream beds with orange sediment, killing the bottom of the food chain – is a painful reminder of the poverty and economic abandonment that still exists in coal country. Comp’s organization, AMD&ART, brought together artists, scientists, historians and community members to transform land degraded by coal mining and acid mine drainage into a 35-acre arts-centered public park that included AMD treatment and new wetlands – artfully transforming an environmental liability into a community asset. Once finished, Comp joined the U.S. Department of the Interior to turn his attention to transforming more of the Appalachian coal country. In 2001 he launched the Appalachian Coal Country Watershed Team, partnering his Interior Office of Surface Mining with VISTA and community watershed groups to fight poverty and empower rural communities to create healthier places to live, one watershed at a time. In six years, his Appalachian Coal Country Watershed Team is now 55 full-time VISTA volunteers and thousands of part-time community volunteers. Watershed Teams in eight states have raised almost $8 million and put in over 100,000 hours to clean up the environment – all in a region devoid of significant funding sources, wealth, or even spare time.