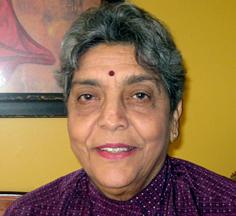 As a child in the northern mountains of India, Swaran Dhawan’s father often took her and her siblings to visit patients at a local hospital, many of them veterans of conflict suffering severe ‘shell-shock’ – now known as post-traumatic stress disorder. At the time, people with mental illness, even combat veterans, were shunned by families and communities and warehoused in mental hospitals. “My father,” she recalls, “treated them with dignity and respect.”

After emigrating to the United States in the 1960s, she became a therapist and eventually a director of social work at a psychiatric hospital. In 1997, as she approached retirement, she and a social worker just beginning her career began addressing the influx of South Indians moving to their region of Maryland, not far from Washington, DC. With a shared passion for bridging cultural and generational gaps that often cause mental health problems to remain unaddressed, they formed Counselors Helping (South) Asians/Indians (CHAI Inc.) in 2001.

CHAI’s most successful service is the Women’s Wellness Empowerment Group, which addresses health, violence-free relationships, and family communications, all culturally tailored for South Asians. The organization also works directly with older South Asians who suffer depression and isolation but avoid the issues because of cultural taboos.

The group also has trained 1500 professionals and community members in cultural competency around mental health, and, while its focus is Maryland, it has worked with other groups across the country, most notably helping the Sikh community in and around Oak Creek, Wi., in the aftermath of the 2012 shooting spree that left 6 people dead.

Addressing mental health in general is already a challenge; generational and cultural differences can create even more barriers, but Dhawan believes they can be overcome: “This mission speaks to my heart’s mission,” she says.