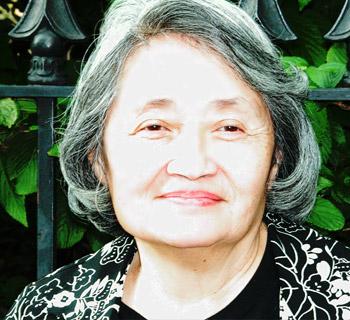 Preventing HIV/AIDS among Asian Americans, women of color and immigrants

The child of parents directly affected by U.S. policies against Japanese Americans during World War II, Suki Terada Ports has dedicated her life to fighting for social justice, beginning with issues of school integration and community empowerment to ensure that housing and park land were protected from institutional expansion to quality health care access. In 1985, the New York City Council of Churches tapped Ports to organize a conference for their clergy and other community leaders about the implications of AIDS in minority communities. Issues included: dealing with stigma, fear of infection, funeral parlors that preyed upon grieving families by charging for glass in the coffin of a person who had died of AIDS and the plight of babies left in city hospitals when they became orphaned by parental AIDS deaths. The conference led to the formation of the first minority AIDS organization in NYC, which Mrs. Ports directed. This experience inspired her to help launch programs for specific communities as the National Minority AIDS Council, the Asian and Pacific Islander Coalition on HIV/AIDS, Iris House and in 1989, the Family Health Project. The Family Health Project provides HIV/AIDS prevention information, advocacy and support services for low income women of color and their families in parenting centers, schools, religious centers, and in the streets. As the Project’s executive director, Ports has helped to raise awareness among public officials, service providers and foundations about the impact of HIV/AIDS on communities of color through participation in workshops and conferences.