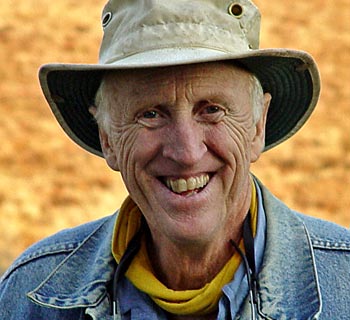 Technology has brought breathtaking change to modern life, but it’s also left us with a collective attention span shrinking precipitously, and that, to Stewart Brand is a risk to civilization. Known for creating the Whole Earth Catalogue, Brand, 67, co-founded the Long Now Foundation in 1995 to develop a coherent and compelling body of ideas about long-term thinking and long-term responsibility. Here was a way, he thought, to consider otherwise intractable or invisible problems. The Foundation embraced several projects, including a 10,000-year clock inside a remote Nevada mountain; an online collection of the world’s living languages (the Rosetta Project); a publicly-available digital preservation and archiving project; and seminars focusing on long-term thinking. In 1997, Brand presented a BBC television series, “How Buildings Learn,” building on his book by the same title published three years earlier. and in 1999, wrote The Clock of the Long Now: Time and Responsibility, a series of essays on long-term thinking. While hundreds have attended Long Now seminars, the Foundation’s greatest audience has been on the Web, where up to 30,000 people a month download the free audio recorded lectures.