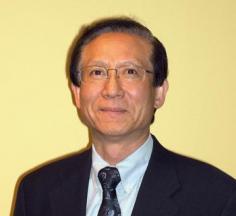 Improving nutrition in Afghanistan by creating a new soybean industry

A retired corporate nutrition scientist and holder of several food-product patents, Steven Soon-Young Kwon was invited to Afghanistan’s Kabul University in 2003 to give a presentation. Appalled at the widespread malnutrition-related illnesses he saw there and the lack of nutritional education, especially for women and children, Kwon was inspired to take action. Kwon first developed and introduced high-protein dietary supplements targeting Afghans’ specific nutritional deficiencies. Then, after detailed studies, he found that soy-based products were better than milk-based ones for the local population. At 58, he established a nonprofit organization headquartered in Pasadena, CA, Nutrition and Education International (NEI), to create an economically self-sustainable soybean industry and to develop culturally sensitive interventions that could gradually make soybeans an integral part of the Afghan diet. Soybean production has spread from one province in 2004 to 12 provinces in 2007, with a harvest of 1,000 tons. With all-volunteer labor, NEI set up the nation’s first soy milk and soy flour processing and distribution facilities, which have served over 4,000 people. The Afghan government adopted a soy nutrition initiative as a national project, and Kwon’s many village visits have made him widely known as “Dr. Soy.” “I am extremely grateful for this opportunity to offer something to those innocent and unfortunate people who are suffering from three decades of war.”