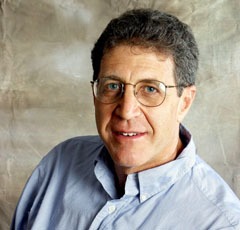 Shames’ organization educates Ugandan children in a familial school setting to arm a new generation of leaders with the tools to succeed.

The life of a child in Uganda can be bleak: More than a million orphans are living with AIDS; millions have been affected by a 20-year war, including tens of thousands of child soldiers; and many live in extreme poverty, with one-third of Ugandans living on $1 a day.

Photojournalist Stephen Shames had captured the trauma these children experienced through his work. In 2004, after 37 years in the field, Shames stepped out from behind the camera to work directly with children who, despite their circumstances, had enormous potential to be leaders in Africa. Compelled by this notion, Shames started LEAD Uganda to provide educational opportunities for the best and brightest children, to educate leaders.

The program’s 90 students attend the best primary and secondary schools and receive books, supplies, medical care, clothing, food and coaching in English, math and science. Students are viewed as members of the community and form strong familial bonds with each other and staff.

“We give our youth – especially girls – a high level of support and instill them with self-confidence so they see themselves as leaders,” explains Shames, who is based in New York.

The combination of emotional and academic support sets the program apart. In 2009, two LEAD Uganda students received coveted government sponsorships to Uganda’s top university, and a third received scholarships to study in India.