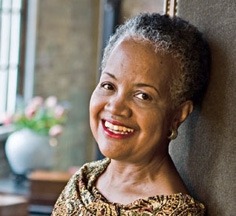 After 30 years in New York, Sharon Adams moved back to Milwaukee in 1997 to find the once-vibrant Lindsay Heights neighborhood where she grew up lined with boarded-up houses and trash-filled lots. Gangs, prostitution and drugs on the streets spurred her to create a community revitalization plan.

Three years later, she organized her neighbors to form the Walnut Way Conservation Corp., a grassroots association committed to sustaining a diverse and neighborly community through civic engagement, economic development and environmental stewardship.

The organization’s headquarters are a good reflection of the transformation Lindsay Heights has undergone since Adams began her efforts. Once an infamous drug den slated for demolition, the 100-year-old house was carefully restored by a local team organized by Adams and today is a bright, well-maintained building that serves as the community’s nerve center.

Gunfire, drug trafficking and prostitution have been replaced by small businesses, community gardens and fruit orchards, and restored and new homes. Restorations of an additional 54 houses are planned.

Since Adams retired in 2008 as director of service learning at the University of Wisconsin-Milwaukee to head Walnut Way, she’s had a hand in the creation of other neighborhood organizations, including the Lindsay Heights Neighborhood Health Alliance to reduce health disparities and the Lindsay Heights Neighborhood Quality of Life Plan, part of the Zilber Neighborhood Initiative, a $50 million program to revive low-income Milwaukee neighborhoods in 10 years. These urban renewal efforts have attracted an estimated $25 million in private and public investments.

A winner of Wisconsin’s Social Innovation Prize, Adams says, “The collective journey of our community is a gift, and every moment lends itself to opportunity.”