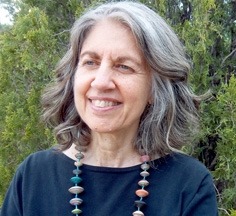 Swiss guides rural women survivors to be the researchers and documentarians of human rights violations to help them recover from wartime violence.

In the late 1980s at a Boston hospital, physician Shana Swiss treated a refugee woman with 19 stab wounds. The brutality made Swiss realize she wanted to do more for this patient than sew up her horrific wounds. “I had to do something to stop violence against women,” she says. The case inspired her to volunteer at Physicians for Human Rights in 1991.

In 1993, Swiss went to the former Yugoslavia on a United Nations fact-finding mission to investigate reports that mass rape had been used as a weapon of war during the Bosnian conflict. Her team’s report persuaded the U.N. Criminal Tribunal to establish rape as a war crime for the first time. The report’s impact compelled Swiss to found Women’s Rights International (WRI) in 1995.

WRI documents human rights violations against women and girls during times of conflict. The organization has provided survivors in Haiti, Liberia and Sri Lanka with the tools to document their devastating experiences and the harmful impact those experiences have on the women’s health and communities; to see justice served; and to heal. In the process, WRI works with women community leaders to create village programs that use storytelling, theater and radio dramas to stop violence against women.

Today, Swiss runs WRI through the nonprofit Tides Center, which sponsors social innovation. Her next project is to work with rural groups in northern Uganda to document war’s impact and present the voices of victims and survivors of the decades-old armed conflict that has displaced nearly 2 million people.