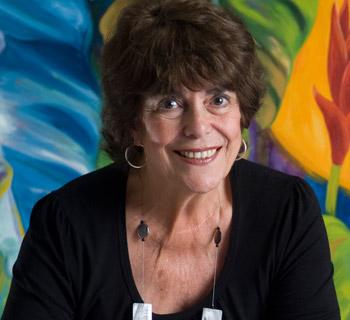 Training new Hispanic entrepreneurs and linking them to the larger business world.

In 1960, with two young children in tow, 22-year-old Sara J. Gonzalez fled Cuba for the freedom of the United States. She eventually settled in Atlanta, where in 1978 she opened a small diner serving Cuban food. Her cooking was good, but she knew nothing about running a business and the restaurant failed.

Today, at age 71, Gonzalez works to make sure other Hispanic immigrants have a better shot at success. As president and CEO of the Georgia Hispanic Chamber of Commerce, she works to help Hispanic business people flourish. Taking it a step further, in 2001, at the age of 65, Gonzalez created one of the first Hispanic business incubators in the nation, giving hopeful Hispanic entrepreneurs in the Atlanta area the tools and support they need to start their own businesses. The Hispanic American Center for Economic Development now provides a variety of courses and workshops on such topics as starting a business, getting loans, and using technology. The Center also provides office space and conference rooms, receptionist services, access to equipment and referrals. In the past year alone, 161 people trained by the Center went on to start their own businesses.

Sara J. Gonzalez was a 22-year-old mother of two when she fled Cuba after Fidel Castro took over in 1960. After stops in New York and Miami, she settled in Atlanta, where in 1978 she opened a small diner serving Cuban specialties like black bean soup and empanadas. She struggled with the business for eight years before shutting it down.

“I didn’t know anything about business,” she says. “I thought that a good product was all you needed. I was extremely naive. I had to close, and I lost everything.”

Today, at age 71, Gonzalez is president and CEO of the Georgia Hispanic Chamber of Commerce, where she helps Hispanics who are already in business and has created one of the first business incubators in the nation that gives hopeful Hispanic entrepreneurs the tools and support they need to succeed.

“I wish I had known then what I know now,” Gonzalez says. “I would have studied more about where to open the restaurant. I would have tried to learn more about the demographics of the city. I would have liked to have known more about getting loans from the Small Business Administration. But there was no one to ask.”

A Recipe for Business Success

Under Gonzalez’s leadership, the Georgia Hispanic Chamber of Commerce has grown dramatically – as has the state’s Hispanic population, which increased 324 percent between 1990 and 2000.

In 2004, according to Census Bureau data, Georgia was the third fastest-growing state for Hispanics in the country. That same year, the Chamber opened its business incubator program – the Hispanic American Center for Economic Development – to provide training, support, office space, and other benefits to Hispanics interested in starting their own businesses.

Last year alone, the incubator helped 161 would-be entrepreneurs – from retail store owners to import-export specialists to day care center operators – go into business for themselves. A satellite incubator office recently was opened in Savannah, and more are planned for other Georgia cities.

It was an unlikely path from refugee to restaurateur to business executive for the mother of three known for her unflagging energy and passion. In Cuba, Gonzalez attended the equivalent of two years of college, but married young and started raising a family early.

After living in New York for several years, she and her husband divorced, and Gonzalez moved to Miami where she had friends. “It was the first time I realized that I needed to work, and I found a job as a receptionist at a car dealer,” she recalls.

Gonzalez met her second husband, a graduate student, in Miami and went to Chapel Hill, North Carolina, where he finished his education. They had a daughter there – her third child. Then they moved to Boston so he could do a fellowship at Harvard and then to Atlanta to teach at Emory. She followed along, and in Atlanta, they opened the restaurant.

After the restaurant closed, Gonzalez took a job as a secretary at a Hispanic nonprofit agency. In time, she rose to an executive post at the agency. She was eventually hired by the International Olympic Committee to head up Hispanic community relations during the 1996 Olympics in Atlanta.

While in that position, Gonzalez was asked to transform a small, informal organization of Hispanic businessmen in Atlanta into a full-fledged Chamber of Commerce for Hispanics. At the time, the organization had few members and no full-time help.

“I wanted people to join the chamber so we could grow and have an impact,” she recalls. “But they weren’t coming to us. So I realized we needed to go to them.”

Gonzalez started building membership by running seminars – teaching Hispanic business people how to better work the system. “We had to educate them on banking, paying taxes, bidding on contracts with the city, everything they needed to learn,” she says. For the first seminar, Gonzalez herself distributed fliers. In time, the organization grew from 170 members to almost 1,100 today.

About six years ago, Gonzalez got a visit from a Hispanic police officer who told her that many budding Hispanic business owners were being cheated by people offering to help them start their businesses.

“They would tell them that for $1,000 they would get them everything they needed to open their businesses,” Gonzalez says. “But they were scamming them. These poor people were losing money they had worked hard to make. Mostly, these were people without much of an education. The policeman said he was tired of seeing this.”

The situation sparked the creation of the business incubator. Gonzalez leased space in an industrial park not far from the Chamber’s headquarters to house a variety of educational programs. Among these: the basics of starting a business; the basics of running an import-export business; dealing with bankers; and how to get a low-interest loan from the SBA. Today the Center offers 59 classes and workshops that include accounting, insurance, real estate, paying taxes, and technology tools.

For $300 per month, “incubees,’ as they are called, also get a cubicle, phone, receptionist services, access to a computer, fax and printer, conference rooms, referrals and more – in other words, Gonzalez says, “a temporary office.”

One recent afternoon, Armando Sosa, 36, from Mexico City, was holed up in the Center’s conference room working on his computer. His new business, Synaptical LLC, provides consulting services and workshops for other budding Hispanic business people, teaching them selling, negotiating, and presentation skills.

“This is my office,” he says. “I use it to meet clients. It’s more professional than meeting them at a Starbucks. And I don’t have to come up with thousands of dollars in rent.”

Oscar Barrios, 44, started his software development company, Innova Business Solutions, in 2003. The firm, with 12 employees, is now based out of Venezuela, where he is from, but continues to serve some companies in Georgia. Barrios maintains a cubicle at the Center for that purpose.

Barrios says his involvement with the Center has been “a tremendous experience” and a big timesaver. “It gave me a good head start,” he says. “I got my first sale within six months. It gave me the opportunity to reach my dream.”

Sandra Flores, marketing director of In Bloom Creative Solutions, joined the chamber about a year ago, soon after she started her business, which provides graphic design, web design and printing services.

“We were sitting at the same table at a Chamber meeting, and she was asking about me, about my business,” Flores says. “She was encouraging me, telling me, ‘You can do it. Go for it.’ I didn’t find out until later that she was the president of the Chamber. She is very down to earth. I felt she gave me a message of empowerment.”

Gonzalez is admired by new entrepreneurs, as well as established ones, for her brains, her fearlessness and the way she takes an interest in other people. “She is a very smart woman and she is very brave,” Sosa says. “She has done a lot for the Hispanic community. She has proven that we can do business just as well as anyone.”