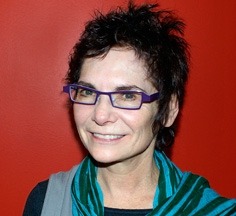 When Salome Chasnoff was in graduate school while raising two children, one school project changed the course of her life. She facilitated a workshop for pregnant teens as part of her graduate studies. She realized she wanted to devote her film career to social justice. She later released the film Beyond Beijing, which documented women’s worldwide struggles for equity, in 1996. The film generated enough income to finance the nonprofit Beyondmedia Education, which since 2000 has provided media training, workshops and forums for lesbian, gay, bisexual and transgender youths; female ex-offenders; girls with disabilities; and women of all backgrounds to tell their stories and be heard through multimedia productions.

“The struggles of women and youth, especially from marginalized communities, don’t get much public attention,” says Chasnoff. And for a while Beyondmedia also struggled to survive, caught between the arts and journalism; traditional funders weren’t sure where to place it.

Chasnoff’s own role became more difficult when her husband died, leaving her with two school-age children to support. It took time, Chasnoff says, but “we gradually developed the reputation to draw funders and donors to our mission.”

Today the award-winning Beyondmedia serves more than 5,000 people annually through its workshops and events, distributing more than 200 educational videos to universities, film festivals, libraries and youth centers. Its productions have changed lives. After Illinois lawmakers saw one Beyondmedia video by women in the sex industry, state legislators signed three bills into law: the Record Sealing Act in 2005, the Predator Accountability Act in 2006 and the First Offender Probation Act in 2007.