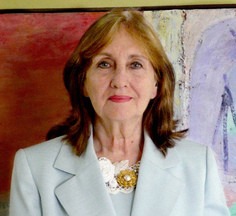 Ramos is fueling new green jobs that protect the environment through advocacy of microalgae, an alternative, eco-friendly fuel source.

Skyrocketing energy costs in the last four years have devastated Puerto Rico’s economy. Unemployment is at a staggering 16.2 percent. In the face of the crisis, environmental activist Rosa Hilda Ramos searched for a solution.

She met with experts in producing oil from marine microalgae. She discovered microalgae could yield an alternative fuel source without refinement to generate electricity. And she saw an opportunity to create new green jobs to harvest the fuel that could potentially substitute fossil fuels in 88 percent of fossil fuel power plants in Puerto Rico.

But getting support for the project put Ramos in a new role. For 20 years she had advocated for solutions that pitted her against the government-owned Puerto Rico Electric Power Authority (PREPA). Now she needed to work with the utility to make microalgae a viable energy alternative.

“Believe me, it was not an easy task to change my mind from being an activist to be a project facilitator and an industrial advocate.”

Ramos built relationships within PREPA, Bio-Lípidos de Puerto Rico (a biofuel developer), community groups and academia. Her strategy paid off. PREPA agreed to initiate a project that will aim to make use of microalgae and create jobs. To train a new work force to fill the jobs, The Metropolitan University in Puerto Rico plans to offer a curriculum in microalgae farming for fuel production.