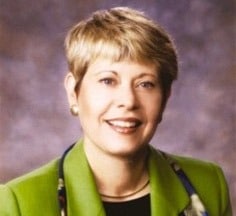 Froman helps veterans transition from military to civilian life by providing training they need to get jobs in a tight labor market.

Ronne Froman’s transition from military to civilian life was relatively easy. The first woman to command the six-state southwest region of the U.S. Navy, she retired as a rear admiral in 2001 after a 31-year naval career. Then she quickly took on a series of executive positions with the city of San Diego, Calif., the San Diego public schools, the Red Cross and elsewhere.

She soon learned the transition was much harder for the average soldier. Many can’t find or keep jobs, suffer from post-traumatic stress disorder, have troubled relationships and are at risk for homelessness. In San Diego County alone there are more than 28,000 service members who served in Iraq or Afghanistan. About 30 percent of San Diego’s 10,000 homeless people are veterans.

To help, Froman founded National Veterans Transition Services Inc. in 2010. Its key program is the REBOOT Workshop, a 15-day, three-week intensive training program – a kind of “reverse boot camp” that prepares soldiers to transition back to civilian life.

Roughly 650 veterans have completed the program, and 90 percent now have jobs or are in school. Froman tapped into her professional and personal networks to raise $1 million in just 18 months to support the workshops, and now she wants to expand nationwide.