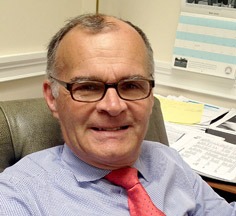 Hildreth’s organization provides workshops, resources, connections and financial incentives to low-income families, to help them get their children to college.

Growing up, Robert J. Hildreth knew the value of education. Raised by public school teachers, he earned degrees from three universities, including Harvard, and rose to prominence in Latin American finance with his own brokerage company.

Hildreth also had a strong philanthropic streak – and his own foundation – that brought him in contact with low-income families, often immigrants. The parents often worked such long hours they had little time to help their kids navigate college prep, or much knowledge about the process themselves. They saved money, but not enough.

That’s why in 2007 Hildreth launched Families United in Educational Leadership (FUEL), which offers resources and financial incentives to low-income families to help them get their kids to college.

When parents enroll in FUEL, they are given seed money to set up a 529 education savings account and required to make regular deposits on their own. They attend Monthly Savings Circle workshops, where they learn about various aspects of college access, including standardized testing, financial aid and scholarships, financial planning, the application process and more. Since 2009, 455 families have saved roughly $272,000 for higher education expenses. Forty-nine students have gone to college.

“With the right tools in hand, low-income and immigrant parents can propel their children toward college and a brighter future,” says Hildreth.