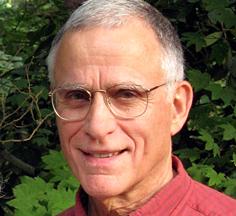 Roy trains citizens in Oregon on how to spearhead green initiatives in their local communities–and become environmental leaders.

In 1993, Harvard-trained lawyer Dick Roy left behind his corner office in Portland, Oregon, to launch an encore career with his wife, Jeanne, devoted to a higher purpose: environmental sustainability.

“We were acutely aware that climate change was on the horizon and ecological degradation was accelerating,” Roy says. “We concluded that we had no choice but to dedicate our lives to saving Earth as we know it.”

That was the beginning of a 20-year dedication that continues today with the Center for Earth Leadership, the Roys’ third nonprofit environmental organization, opened in 2007. While their first endeavor brought Earth-centered education to Portland workplaces through self-facilitated discussion courses on ecology and sustainable living—growing into a nationwide movement of 7,000 groups in 600 communities by 2006—today the Center for Earth Leadership trains people to become environmental leaders in their “circle of influence.”

Since 2007, more than 900 people with specific ideas for sustainability projects in their neighborhoods, workplaces, schools and communities have been trained on how to implement them by CEL’s Agents of Change program. Parents have launched green programs in more than 50 elementary schools through the Eco-School Network. Lawyers persuaded the state bar to create a Sustainable Future Section, the first bar section in the U.S. organized around sustainability. It has 300 members—and a growing national influence.

“Our strategy is to transform local culture and, in doing so, become a living demonstration and source of inspiration for change in other regions,” Roy says of his encore career. “Our programs produce visible, tangible results in ‘circles of influence.’ Collectively, they pull the broader culture along.”