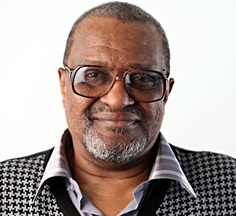 Mabion organizes events to bring more people of color into the growing movement advocating for energy efficiency and environmental protection.

In 2006, Kansas City, Kan., resident Richard Mabion started presenting an energy efficiency program to leaders of neighborhood groups at Livable Neighborhoods, a city-run organization created to consolidate and coordinate neighborhood services and address pressing issues. A pressing issue Mabion saw was the need for people of color to get involved in the effort to create a greener, healthier city – and world.

A veteran community organizer and small business owner in Kansas City for decades, Mabion knew from attending environmental conferences that the green movement was still largely white and middle class. He wanted to broaden the movement’s reach and appeal, especially in working-class, inner-city neighborhoods.

Mabion says ignoring potential converts to the cause could have a “negative long-range effect on us as a human race.”

In 2007, Mabion launched Building A Sustainable Earth Community to draw more people of color to the environmental sustainability movement, chiefly through annual conferences. The organization has held five conferences, attended by hundreds. Presentations have covered everything from redressing environmental injustices to helping single moms make their homes more energy efficient.

For his work, Mabion has received various environmental awards and in 2012 was the first African-American elected to the Kansas Sierra Club’s board.

Mabion is now in talks with the national Sierra Club and the NAACP to bring his green message to other cities.