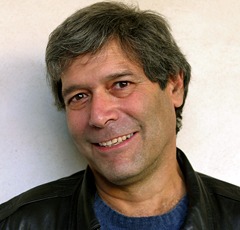 A former owner of a wrecking yard in an Arizona border town, Richard Kamp became alarmed when toxic smoke from a nearby copper smelter threatened the health of his family. He started collecting technical data about local pollution and used this knowledge to fight for clean air, on both sides of the border.

Kamp founded E-Tech International, based in Santa Fe, N.M., in 2003 to provide impoverished communities with the technical expertise and capacity-building training needed to demand and enforce regulation of polluting industries. E-Tech provides these communities with an analytical tool traditionally used by corporations, private banks, governments and the World Bank. E-Tech also helps the communities navigate the technical and scientific findings, remaining at the table with industry, government officials and indigenous leaders until solutions are found, implemented and operating smoothly.

In Peru, E-Tech is working with indigenous communities, oil companies and the government to oversee the progress in cleaning up 40 years of petroleum waste – helping to defuse the violent conflicts that have accompanied such controversy over industrial pollution elsewhere in the country.

“Many experiences, accumulated over my lifetime, propelled me to a point when moving on to the next big thing just seemed right and I needed to jump. E-Tech is the result,” says Kamp.