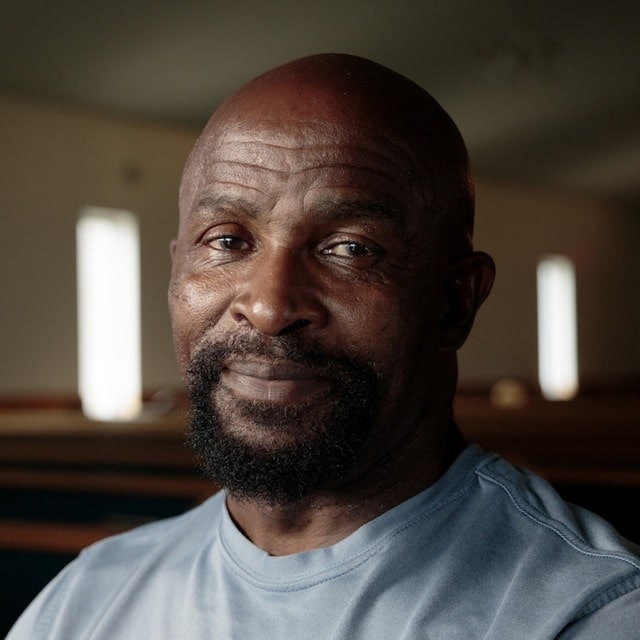 This pastor is improving the health and economic potential of his rural North Carolina congregation and 21 others.

In 2005, the Rev. Richard Joyner had a realization. He had presided over too many funerals at a church of just 300 members. In one year alone, 30 congregants younger than 32 years old had died.

“We had at least 20 funerals per year, and a lot of the deaths were health-related — poor diets, no exercise,” says Joyner, now 62, pastor of the Conetoe Baptist Church in rural North Carolina. “It just started to feel unconscionable that you would see someone 100 pounds overweight on Sunday and not say anything about it. Then they’d die of a heart attack.”

A health assessment of the congregants backed up this insight. Some 65 percent of congregants were obese, and the same percentage unemployed. Most were uninsured and lived in poverty.

With 25 years of ministering under his belt, he realized that his spiritual mission needed to include addressing the mental, physical and even economic health of his church members. So at age 52, despite an already full plate as a chaplain and a pastor, Joyner felt led to launch the Conetoe (‘Kuh-neet-uh’) Family Life Center.

The center provides after-school and summer camp programs for youth aged 5 to 18 at community gardens where they plan, plant and harvest produce, which they sell at farmers’ markets, roadside stands and to restaurants. The youth also manage beehives to pollinate the crops, and produce and distribute honey to low-income neighbors. The revenue they earn goes to school supplies and scholarships.

Adults are involved, too. Parents donate time to help with homework, transportation and the garden. Only healthy food is served at church suppers, funerals, weddings and other community events. Young people serve the food, providing “right-sized” portions to their elders. And every Sunday in Conetoe is “Healthy Sunday,” with Joyner delivering empowering sermons focused on taking personal accountability for living a healthy lifestyle, connecting with neighbors and reducing social poverty.

Through such initiatives, Joyner is trying to transform the community into a model of health and economic vitality.

And it’s working. As dietary practices have changed, people have lost weight, emergency room visits for primary health care are down and the number of deaths has decreased. Kids are heading to college, the military and the workforce.

These are significant changes in a region long plagued by poverty. Conetoe Missionary Baptist Church is about 75 miles east of Raleigh. The area was once filled with cotton plantations in slavery days, and the population remains mostly African American today. And the region’s once-thriving textile mill industry has relocated to other countries. The area has lost more than 2,500 jobs in the last 10 years, and the county’s unemployment rate topped 12 percent in April 2014.

It was into this environment that Joyner settled in 2001 when he was appointed pastor at the baptist church in Conetoe. It was an area he had once tried to escape. Joyner grew up in nearby Pitt County, the son of a sharecropper. Witnessing firsthand how exploitative the system was, Joyner wanted a better life.

After stints in the Army and National Guard, then divinity school at Shaw University in Raleigh, Joyner returned to the region to serve as a community chaplain at Nash General Hospital, where he still works today.

When he was offered the pastor’s job at Conetoe, he reluctantly accepted; he knew it was an environment he had tried to leave behind. But he also saw how deeply the community needed him, so he committed to the community, rising each morning at 3:30 am — church members who get his prayer calls can vouch for that — to begin his ministry work.

It was out of that commitment that the Family Life Center was founded. Students tend to 15 plots of land around the county, the largest of which is 25 acres and includes four fields, two greenhouses and 150 beehives.

While much of the produce is given to the community or used for church activities, it also forms the basis for a business. The center sells the produce at roadside stands and in the local Piggly Wiggly supermarket. Seedlings they raise are sold to individuals and businesses, including Ace Hardware. Their honey is marketed in one-pound jars that line the shelves in supermarkets as far away as Raleigh.

So far, the operation brings in only about $5,000 annually in sales, but generous donations boost revenues to about $50,000, Joyner says. The proceeds are used for school supplies and for scholarships that the students can use to further their education.

Just as important, the center provides participants with a new outlook. “You can get fresh food right out of the garden,”says Nydasia Pittman, a 10-year-old summer camper. “It teaches you that, instead of going out to get french fries at a restaurant, you can go to the garden.”

Joyner admits that older church members are having a harder time accepting his message. But even they are getting on board.

Jesse Petteway, 68, had smoked for 40 years and had a five-pack-a-day habit. He would have to step outside during Sunday service to smoke — and he’s a deacon. “He was on my case,” Petteway says of the pastor. “You need to stop, deacon. Children look up to you, and you can’t tell them to not to smoke if you smoke,” Petteway recalls.

The semi-retired heavy equipment operator says he was ready to quit anyway, but Joyner’s pleas helped him take the final step. ‘Now I don’t have to listen to that,” Petteway jokes.

Beyond anecdotal evidence that Joyner’s efforts have moved the needle on community health, the Brody School of Medicine at East Carolina University is attempting to measure their impact. The Conetoe Missionary Baptist Church is one of several churches participating in a diabetes and heart disease study being conducted by the school, according to Ruth Little, vice chair and assistant professor in the school’s Department of Public Health. The studies are ongoing, Little says, but participants already are showing health status improvements.

Joyner’s encore journey also is starting to win support from other churches in the area. Twenty-one churches have adopted Conetoe’s community garden concept.

The impact of his efforts on young people is crucial to Joyner. Recalling the “embarrassment and hurt” his family suffered as sharecroppers, Joyner says that seeing young people learn and having fun while farming has helped him heal from bad childhood memories. “It’s amazing that, as old as I am, I am still healing from my youth,” Joyner reflects. “I don’t know when I’m going to die, but I’m not going with all this anger inside me.”

Joyner sees the agricultural focus of his work today as fitting for this community. But unlike days past, this farming is empowering lives.

A few years ago, Daiquan, a student living in the community, stole money from the church. Joyner and other church elders wanted to press charges. But they decided to let young members take the lead in handling the matter. The teenagers persuaded the prosecutor to sentence Daiquan to community service in the garden.

Today Daiquan’s life is back on track. He’s an 18-year-old community college student who aims to be an entrepreneur. He attends services at Conetoe Missionary Baptist Church almost every Sunday.

For Joyner, the connection and distinction between his pastoral role at the church and his encore calling is clear. Growing up in the Bible Belt, Joyner says, “I was taught how to die and go to heaven.” But his work today speaks to life “on both sides of existence.” If anything, he has expanded his pulpit. “I do the same thing, but from a field, or a beehive, or exercising and running with youth.” That kind of holistic healing — spiritual, physical, economic — is what Joyner aims to foster, both in his community and in himself.

In recognition of his extraordinary encore work, Rev. Richard Joyner was awarded The Purpose Prize in 2014.

2015 Update: Rev. Joyner was recently recognized as CNN Hero for making Conetoe a center of the national movement to promote healthy living. Follow these links to learn more: Q&A with CNN and CNN Heroes Profile.