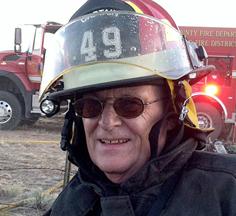 Fahey brings solar lanterns and cell phone chargers to Liberia, where less than 10% of the population has access to light after dark.

When environmental lawyer Richard Fahey returned to Liberia in 2009 with his wife, Suzanne, 30 years after serving as a Peace Corps volunteer there, he found a much different place. The country, one of the world’s poorest, was devastated after 14 years of civil war. At night, virtually the entire country plunged into darkness. Hospitals, schools, businesses, homes—all lacked light. Still, only 2% of Liberia’s 4 million rural residents are connected to the country’s meager electrical grid – and they spend a quarter of their $158 annual income paying to charge their cell phones.

After a life-changing meeting with Liberian president Ellen Johnson Sirleaf, Fahey realized he had found a higher purpose. “I realized that I needed to do something to help with the country’s recovery,” he says.

In 2011 he launched an encore career as the founder of the Liberian Energy Network, to sell “plug and play” solar LED lighting and cell phone charging units through a network of Liberian healthcare, educational, religious and job-training organizations. Since 2011 it has sold more than 5,000 solar lanterns at break-even cost. In the next five years it aims to distribute more than 100,000, providing light and electricity for basic needs to 516,000 rural Liberians.

Fahey’s encore calling has high stakes. “Lacking electricity, a basic building block for development, all aspects of rural Liberians’ life are adversely impacted: education, health, welfare of women and children, food production, economic development and the environment,” he says. “Without some form of reliable, affordable and sustainable power, the rural populations are condemned to keep living in abject poverty, on the brink of survival. This in turn threatens to destabilize Liberia’s unsteady peace.”