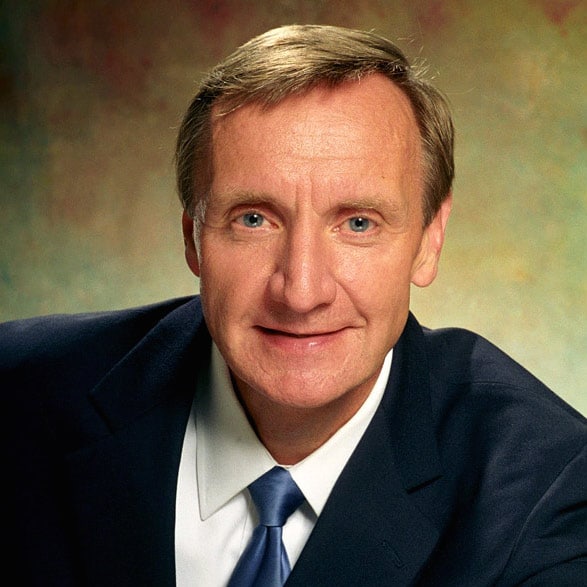 On a cold December morning in 2008, I sat down with NPR’s Terri Gross for an interview. My sense of purpose had evolved dramatically over the 25 years leading up to that interview: I had advised President Ronald Reagan on his “Evil Empire” speech, was chosen as the spokesman and head of Government Affairs for the National Association of Evangelicals and was featured as one of TIME’s most influential people for my role in the evangelical conversation about climate. But I was increasingly at odds, politically and theologically, with many of the evangelical leaders of my generation.

Shortly after the interview aired, I learned that the board of NAE had voted to fire me. The news rocked my world. I was shunned, and I kept my mouth shut for a year. But ultimately, it freed me to more fully answer God’s call.

The mission of New Evangelical Partnership for the Common Good is to give voice to evangelicals who believe issues of justice, environmental sustainability, interfaith cooperation and equality are logical extensions of the call to serve the “common good.” Evangelicals represent over 25 percent of our nation’s population and are a pivotal political and cultural block. Our goal is to foster seismic shifts in how Christian values translate into public policy.

In 2010, I was part of a coalition of faith and military leaders that pushed for the ratification of New START, a nuclear reduction and disarmament treaty between the US and Russia. Following the 2010 midterm elections, New START was considered dead with a lame-duck Congress. Republicans intent on resisting the Obama administration needed to be convinced they would pay a political price for not ratifying the treaty. I leveraged my relationships to build a strong coalition of evangelical leaders, which spoke out in favor of the treaty and mobilized nearly 1 million evangelicals to pressure Senate Republicans for ratification. New START ended up being the only legislation that lame-duck Congress passed.

It motivates me to see real change in people on these issues. I will always remember the faces of those who linger after a chapel address to say, “You speak like no evangelical I have ever heard before. I thought I was the only one who thought this way.”

Now, I aim to focus on three things: climate change and its devastating impact on the world’s poorest populations; anti-Muslim bigotry, promoting dialogue across religious traditions and combating interfaith violence; and drug reform, an issue I came to through the loss off my son at age 23 to a heroin overdose.

Drug addiction and its link to the American sin of incarceration relate to messages about human dignity and connecting policy to compassion for others. Now, in my own encore, compassion for others and for the environment define me, as my work on behalf of the world we share helps to heal the wounds of loss within me.