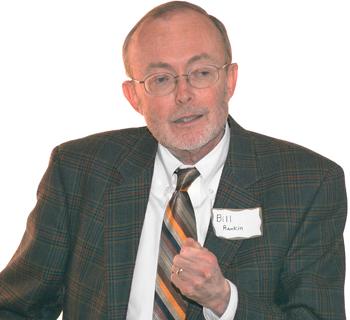 In 2000, while working for an interfaith peace-building organization, the Rev. William Rankin, then age 59, learned that a single $4 dose of an anti-retroviral drug (given to both mother and newborn) could halt HIV transmission from mothers to newborns. He formed the Global AIDS Interfaith Alliance (GAIA) to combat stigma against AIDS victims and to train Malawi village women on preventing and treating HIV. Rankin decided that women were key to stopping the HIV/AIDS pandemic, and that the pathway to women was through their religious organizations. GAIA mobilized American and African church leaders, raised funds, and held conferences in which African experts educated religious officials and rural women in the basics of HIV prevention and care. By training 180 women in 57 villages to become community leaders, GAIA has delivered care to 1,200 people ill with AIDS and 4,300 orphaned children, and has encouraged 14,000 people to be tested for HIV. Nursing scholarships and grants to local organizations are fighting stigma and building a network of anti-AIDS activists while women become more empowered in their communities. To date, the organization has saved at least 15,000 lives. “I have tried to pursue social-purpose work all my adult life. Specifically with respect to the second half of my life, I wanted very much to become involved in a major global issue.”