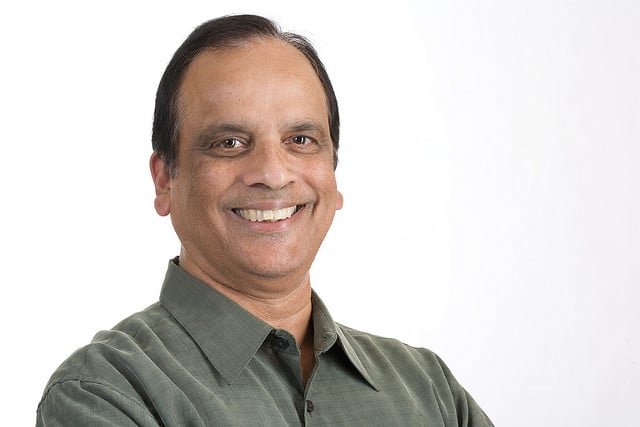 This engineering professor helps the children of sex workers in his native India build a new life by equipping them with marketable high-tech skills.

Ray Umashankar’s life changed when his 23-year-old daughter returned from India and announced her intention to help children of sex workers and victims of trafficking in their native country. Inspired by her vision, he and his wife looked into the situation and found that most organizations working with these children taught basket-weaving and other low-paying skills that did nothing to offer a way out of the sex trade.

An assistant dean in the College of Engineering at the University of Arizona, Umashankar knew that these children needed marketable skills to land jobs in India’s growing high-tech sector. Along with his wife and daughter, he created the Achieving Sustainable Social Equality through Technology (ASSET) India Foundation, which has centers in Delhi, Bangalore and Kolkata, as well as plans for three more Indian cities. Through ASSET, he also designs computer literacy and English training programs for teen children of sex workers.

When Ray Umashankar’s American-born daughter Nita left Tucson four years ago to spend a year in his native India, neither dreamed that the experience would change both their lives – and the lives of hundreds of underprivileged children as well.

Working with nonprofits to help abused women and children get back on their feet, Nita was stunned to discover the hopelessness of the children of sex workers. She knew she would see dire poverty in India, but these children seemed to be the most disenfranchised of all: even the poorest of the poor ostracized them. The fear of HIV/AIDS made it worse.

Nita Umashankar talked to her parents about what she was seeing. Both wanted to help and decided to learn more about what organizations in India were doing.

“We found that the majority of NGOs [non-government organizations] working with these children taught them skills such as bag-making or vegetable-vending or sewing, which provide no more than 500 rupees or $12 a month, not sufficient to prevent girls from entering the higher paying sex trade. And there was a lot of competition for these low-paying jobs,” Ray Umashankar says. “I knew they needed something unique, and we came upon the idea of teaching computer skills.”

The U.S. State Department estimates that forced labor touches 20 to 65 million Indians, many of them women and children. Unknowing parents may be tricked into selling their children into the sex trade by the promise of a better life as the wife of a wealthy man, a movie role or a job in another country. But the children enter a life of indentured servitude little better than slavery.

Vasanthy, the daughter of a former sex worker, was one of them. At 16 she was told she should be in the movies, and with her mother’s encouragement, agreed to go to Dubai for the shooting. In Dubai, she was drugged and physically abused. She finally made her way home to Chennai and is now turning her life around by taking computer classes at ASSET.

“I believe that with the right opportunities and training,” her teacher says, “Vasanthy can join the workforce like any other woman, regardless of her past.” ASSET offers teens like Vasanthy a way out: six- to nine-month sessions that teach marketable skills like English transcription, data entry and use of office-suite software applications to students in groups of 20. ASSET then helps them find entry-level positions in Indian businesses that have a growing need for well-trained employees.

“We select 14- to 28-year old students who know basic textbook English and teach them conversational and business English,”Umashankar says. “By training them in skills where there is a huge demand, nobody cares what their background is or who their father is.”

As the assistant dean of industry relations at the University of Arizona School of Engineering, Umashankar knew how to get companies to partner with the university to support and nurture talented students. Now he’s using those skills to encourage and convince Indian companies to support ASSET and also hire graduates of the program: Tata Consultancy Services, Firstsource, Microsoft, IBM, Intel, Aptech and Dell. He promises them entry-level employees with the skills they need.

ASSET also teaches about health issues such as HIV/AIDS prevention, personal hygiene and finance. “As IT workers, they can start at 2500 to 4,000 rupees a month or about $65 to $100,” Umashankar says. “They need to know such things as how to handle money and the importance of saving.”

Umashankar set up advisory boards of Indian IT professionals, and he hired local instructors and on-the-ground staff. Today, there are 430 students, 290 of whom are girls, at seven locations. The first classes are graduating and 130 students are moving into the Indian job market: 60 in Delhi have been placed in viable positions, and some of the others are pursuing college.

“I feel a responsibility to the country that gave me my education and that gave me the opportunity to come to the United States in the first place,” Umashankar says. His own story has its share of heartbreaks. He immigrated to America in 1968 seeking better medical care for a young child, but the child died following a series of heart surgeries. His second son took his own life. “This particular project has been therapeutic for me,” he says. “People my age need a reason for a meaningful life, and this has become mine.”

“I also suffer from a serious learning disability,” he adds, with a twinkle in his eye. “I don’t understand the meaning of ‘no’in any language.” He loves the intrigue of figuring out how to get corporate executives’ email addresses in order to court their attention and build support for ASSET. “I have contacted all the CEOs in Tom Friedman’s book, The World Is Flat,” he says proudly. “I love that part. I have a great time going through those barriers and successfully getting through to the Presidents and CEOs.”

He tried 10 different combinations to find an email address for the chairman of Silicon Labs and finally got it right. “He wrote back and asked for more information about what I would do with the $10,000. He then asked me to meet him on Monday morning at 10:30 to talk,”Umashankar recalled. “When we were through, he wrote a $10,000 check. He has given $70,000 to date, and I didn’t even ask for the other money!”

Abhilasha, 16 and one of the first ASSET graduates, now earns 9,500 rupees monthly as a medical representative for Toronto Pharmaceuticals in Dehli. “Today, I am proud that my family respects me and even borrows money from me,” she says. She’s hoping to buy a scooter to use in commuting to her job.

ASSET has centers in Chennai, Delhi, Hyderabad, Kolkata and Bangalore. To work in smaller towns and rural areas, Umashankar developed a way to bring internet access through a wireless mesh network using solar-powered routers with a grant from the Rockefeller Foundation/Innocentive Challenge.

Nita Umashankar is now at the University of Texas at Austin pursuing a Ph.D. in marketing strategy, but she makes time to oversee ASSET’s curriculum, website content and requests from U.S. students for internships at ASSET in India.

Ray Umashankar, meanwhile, is constantly in motion, running ASSET from both India and Tucson. His age is an advantage, he says: “When you’re younger, you have a fear of failure and fear of being criticized. At my age, I can say and do things that younger people cannot.”