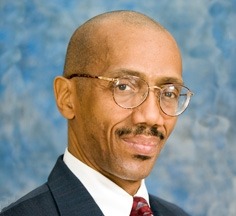 Jackson brings quality academic opportunities to black youths through tutoring and mentoring programs that engage parents and the community.

Raised by his grandmother in Chicago’s public housing, Phillip Jackson spent most of his childhood learning to hustle on 43rd St., moving through 11 Chicago public schools and dropping out of college. That was until a young philosophy professor mentored him, helping him turn his life around.

Graduating from college with honors, Jackson spent the next 25 years climbing the corporate ladder, rising to senior vice president of operations at Chicago’s oldest bookstore chain. In 1995 he left the company to become a top official in Chicago’s public schools. He soon became acutely aware of the racial academic achievement gap; in Chicago and nationwide, black and Latino students have far lower graduation rates than their white and Asian counterparts.

Jackson founded and financed The Black Star Project in 1996 to address the issue. The nonprofit offers a range of programs aimed at helping African-American students get a high-quality education. It provides one-on-one private tutoring for students in kindergarten through 12th grade. Destination College Workshops provide critical information on the process of college admission and financial aid.

The Black Star Project’s signature program is the Student Motivation and Mentoring Program, bringing professionals from the business, construction, medicine, engineering and communications fields to discuss what it takes to follow in their footsteps. Since its inception, the program has reached more than 225,000 students in 220 schools.

Jackson strongly believes that parental actions and community support are key to student success. Another range of programs engages parents, among them Parent University, Fathers Club, Journey to Womanhood and the League of Black Parents. Jackson also coordinated the Million Father March, which encourages fathers to take their children to school on their first day. In 2011, more than a million fathers in 767 cities participated in the Million Father March.