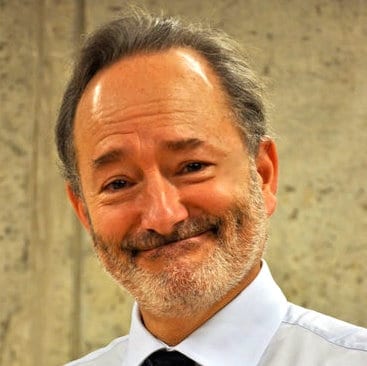 The entrepreneurial skills I developed producing 25 motion pictures in 25 years are the same as those needed to solve a gigantic social ill: our collective failure to ensure that foster youth receive the support they need to succeed. I wouldn’t dare have attacked it without my earlier career. Film producers take an idea, hone the pitch for something that does not yet exist, plan, plot, fail, fail again, and sometimes succeed. That is what we do at First Star.

We do it because education is the key to better futures for foster children, and for their children and grandchildren. It was my ticket to the American dream: I am the first in my family to go to college. My Dad left school at 14. But I had a mentor – my teacher, Mr. Lund – and I got my break. I moved to America and, after 40 years in the film business, found my life’s work in the plight of foster youth.

In some U.S. zip codes, 40 percent of all teenagers have open case files with Child Protective Services. Within two years of aging out of foster care, two-thirds of young men (and one-third of women) are incarcerated. A third are homeless. The widespread failures of “the system” to rescue abused and neglected children – to keep them safe, to remake their lives – is too often unchallenged.

At First Star, we partner with universities nationwide to house, educate and empower foster youth, who live on campus each summer during high school, and come back monthly as day students. Teenagers are mentored by undergraduates who were themselves once in foster care. We replace the cycle of abuse and neglect they have experienced with one founded in education, leading to successful, healthy, independent lives.

Nationally, only half of all foster youth graduate from high school, and one in 30 graduate from college. First Star youth upend those odds: 100 percent complete high school, and 90 percent go on to attend college – half of them at a 4-year university. We have Academies in seven states, from California to New Jersey, with 250 youth engaged so far. Two more Academies launch in January.

I believe that these young people can excel in life, with robust supports. The brokenness of foster care is a disease. We should treat it as such, with all the rigor we bring to bear against cancer and heart disease. The real question is not whether we can help these young people, but how we can afford not to do so.

This is my nonprofit, uncompensated, permanent encore career – 60 or 70 hours, 7 days a week. (A reverse mortgage on my family home has helped.) But I chose this with my eyes open. Or it chose me.