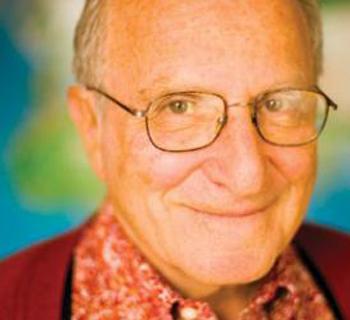 Treating the poor as customers for designs that can fight their poverty.

As a psychiatrist, Paul Polak fought the causes of mental illness, gradually deciding ending poverty was the best way to promote world health. In 1989, at age 56, he founded International Development Enterprises (IDE) to design products that would help the 90 percent of earth’s population who are poor. Polak saw poor people as customers who would invest limited resources for things that meet their needs. Focusing on water-related problems, IDE worked with small-plot farmers in Bangladesh to develop, test and sell human-powered treadle pumps for wells, a drip system of micro-irrigation, low-cost latrines and water purification methods. He recently formed Design Revolution: Design for the Other 90 Percent (D-Rev). It enlists designers to develop products and ideas that help the poor earn their way out of poverty. =IDE has sparked an annual net income increase of more than $200 million for some 17 million impoverished farmers in south Asia, Latin America and Africa. His $7.50 water purifier and $12 treadle pumps have spread throughout the world; more than 17,000 small drip systems were sold in 2004-2007 in Nepal alone. “There’s a job to be done and I am having a ball doing it. I think people don’t expect a 70 year old codger â?¦ [with] the level of energy I have. â?¦ [I think people respond to] the whole thing about having a dream and making it happen.”