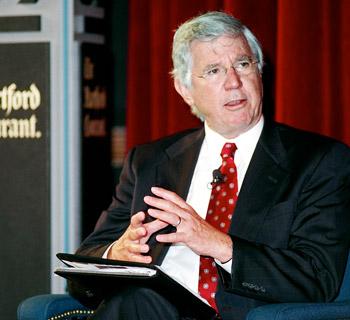 Parris Glendening was raised in South Florida at a time when unmanaged development dramatically changed the state’s landscape. As Governor of Maryland from 1995 to 2003, Glendening directed the strongest growth management initiatives in the state’s history, earning the Harvard Innovations Award (2000), the World Wildlife Fund Gift to the Earth Award (1998), and the Olmstead Medal (2000). After leaving office, Glendening brought his commitment to “smart growth” and the end of sprawl to new arenas. In 2003, he founded the Smart Growth Leadership Institute to help elected officials and civic and business leaders develop effective land use strategies. And in 2005, he, along with former New Jersey governor and head of the Environmental Protection Agency, Christie Todd Whitman, created the nonpartisan Governor’s Institute on Community Design, an initiative designed to provide confidential, peer-to-peer advice on growth. The Institute has influenced executive decisions regarding land preservation, transportation, pollution, and water supply policies.