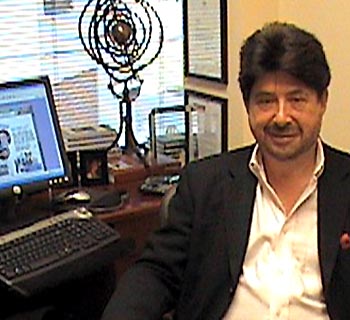 Supporting the creativity and inventiveness of kids

It was his daughter Cassidy – inventor of the “Crayon Holder” – who inspired Norm Goldstein to create By Kids For Kids in 2002, a company that brings kids’ great ideas and inventions to the marketplace. By connecting inventive kids with industry, By Kids for Kids aims to foster creative thinking; to encourage the pursuit of science, technology, engineering and math; and to facilitate an increased sense of self-worth, creative spirit, and even financial gain. The organization has partnered with the National Education Association, after-school programs, community technology centers, corporations, museums, and libraries to offer free “Inventive Thinking” resources and competitions to spur kids’ creativity. Among the products developed so far: The Needle Beetle, a squeezable stuffed “beetle” that makes it easier for kids to receive injections, which has been distributed to 180 children’s hospitals; The Kid Kare Ride-Along, which enables kids to receive medical treatment while riding in a car; and A Kids’ Guide to Giving, a comprehensive “how to” guide for kids who want to donate to charity, which will be available in better booksellers nationwide in October 2006.