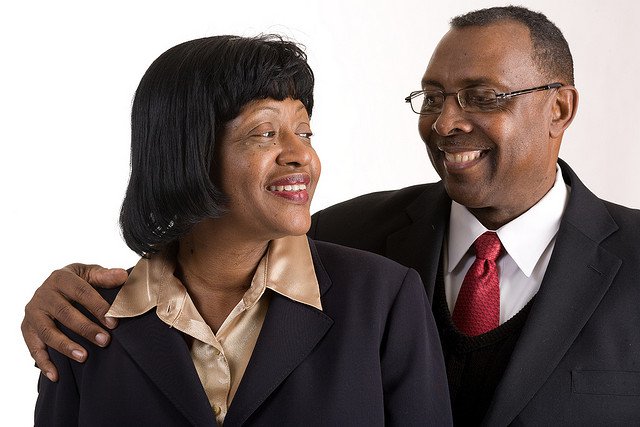 Bringing social and economic justice through a truth and reconciliation process.

In 1979, Nelson Johnson led the labor and civil rights march that ended with five deaths and became known as “the Greensboro Massacre.” In 2004, Johnson and his wife, Joyce, launched an unprecedented American experiment to deal with the confusion, hurt, blame and injustice rooted in that fateful day. Modeled on the process Nelson Mandela used in post-apartheid South Africa, their Truth and Reconciliation Commission aired the grievances that kept their community from moving forward. Led by residents and nonprofits, Greensboro became an open classroom as thousands took part in hearings, town hall meetings, petition drives and more. The Johnsons brought labor, women’s, civic and religious groups to the table to improve the lives of the disenfranchised. They brought former U.S. Nazis to face relatives of their victims, helping both to release long-held pain. Rev. Johnson is now counseling Mississippi officials on how to conduct a similar commission, while working to create a peace treaty among local gangs in Greensboro.

On November 3, 1979, a group of about 40 American Nazis and Ku Klux Klan members opened fire on a labor and civil rights march in Greensboro, North Carolina, killing five people and wounding ten others. The “Greensboro Massacre” involved police collusion and complicit townspeople, but only six Klansmen and Nazis were ultimately brought to trial. Twice they were acquitted by all-white juries. A 1985 federal civil suit found Greensboro police, Klan and Nazi members liable for one wrongful death in the killings. By this time, over five years of fear, confusion, division and hatred had saturated the city; the civil court’s decision did little to change that.

What can a city do to heal its own brokenness?

Nelson Johnson, who was leading that march, wrestled with the question for 20 years. Social and economic injustice continued to fester in Greensboro. “There was still a tremendous amount of confusion and pain,” Nelson says. “The question was how do we engage this part of our culture that has now become its own kind of cancer?”

In 1999, Nelson and his wife Joyce, both long-time community activists, decided that the healing process might begin through a kind of truth and reconciliation commission modeled on the one that shaped post-apartheid South Africa. It took the Johnsons five years of struggle to set it up, overcoming strong local resistance, mistrust and personal attacks that brought back the fears of 1979 all over again. But the Greensboro Truth and Reconciliation Commission convened in 2004.

The Truth and Reconciliation Commission turned the entire city of 230,000 into an open classroom on civil rights. Thousands took part in public hearings, religious services, conferences, classes, petition drives, call-in shows, online blogs, discussion groups and artistic performances. Klansmen and Nazis met in the same rooms with surviving family members of those they had killed, along with police, media and public officials. The discussion of “context, causes and consequences” of the massacre saturated the media.

Commission members heard testimony from former Nazi Roland Wayne Woods, who came forward to say he had killed a demonstrator. Nelson Johnson brought the slain man’s wife and stepson to Woods’s bedside at a convalescent home. Asked why he had committed the murder, Woods said he had been mixed up, full of hate and rage, and took full responsibility. “We all cried that day,” Nelson remembers.

Joyce recalls that “after the events of 1979, our entire family suffered. Nelson was especially pilloried by the press and public as a communist agitator. While raising two young daughters and working every day, we did everything together, we suffered together, we went into deep collective reflection. We pulled heavily upon our spiritual roots in the Black Church. Determined to turn this tragedy into triumph, we deepened our commitment to building a better future in our city and country for our children and future generations. Somehow we had to ‘make a way out of no way.'”

Nelson adds, “I grappled deeply with my understanding of social change, what I had been doing and how I had been doing it.” The Johnsons came to embrace Dr. Martin Luther King Jr.’s concept of “beloved community” – the idea that every person has the capacity for transformation, and that a just society can only emerge in an inclusive environment that embraces forgiveness and maximizes individual potential.

Nelson entered seminary, returning to Greensboro in 1989, and he and Joyce soon founded Faith Community Church in a rundown neighborhood at the edge of Greensboro’s trendy business district. In 1991, the two formed the Beloved Community Center, and word quickly spread that its doors were open to anyone in need.

Seborn Hopkins arrived at the Homeless Hospitality House addicted to drugs, with nothing to his name and no hope for the future. Nelson mentored him, maintaining contact while Hopkins served time in prison for an old narcotics conviction. Before he went in, Nelson sat him down and told him that he would not be alone behind bars. “He grabbed me by the hand and said, ‘The church and I are with you while you’re doing this time,'” Hopkins recalls.

Hopkins joined Beloved Community Center upon his release and is now a member of the shelter’s garden committee. “Nelson made me think about giving something back to the community,” Hopkins says. “It really touched my heart. If it wasn’t for him, I’d probably be dead in a ditch somewhere.”

The Johnsons worked with Centro de Acción Latino to save the citywide service group when it was struggling. “[They] gave me the strength to continue when I was ready to give up,” says Director Liz Trujillo. “[They’ll] walk with you the extra mile, through the toughest time. Joyce has become my mentor, my big sister, an auntie to my children.”

Setting up the Truth and Reconciliation Commission was a natural outgrowth of Beloved Community Center’s skill in bringing disparate parts of the community together. With funding and advice from a New York foundation, the Johnsons formed a committee of religious and civic leaders in 2001 and asked for help from the International Center for Transitional Justice. It was the Center’s first effort in a western democracy.

The Greensboro City Council rejected the idea of a reconciliation commission and refused to participate. Many citizens wanted to forget the entire era; others thought the Johnsons were pursuing a private agenda and mistrusted their motives. Once again Nelson received personal attacks. “The reaction caught me a little off guard,” he says, “and I was the focus of it.” But the vitriol was a paradoxical proof of the idea’s importance, and the aftermath has proved it.

Other cities have contacted the Johnsons for advice in creating their own truth and reconciliation projects. They recently traveled to Mississippi and Alabama to consult with project organizers there. Greensboro institutions like the Beloved Community Center now have more access to and dialogue with area power centers, they say.

Beloved Community Center recently brought members of rival youth gangs together in a peace initiative, and the new African American mayor and many in the city responded positively. Local police officials had rebuffed Latin Kings leader Jorge Cornell when he tried to file a complaint against some police officers, but the chief listened to the Johnsons. The issue is now being resolved.

“The push of the culture is to further marginalize and provoke groups of young people identified with gangs,” Nelson Johnson says. “I think that with the truth process, the city and the culture are less likely to do that and more open to a different approach.”

The Johnsons say they learned things as well. “The idea of ‘winning’ has come to mean something different to me,” Nelson says. “If we as a community can actually embrace a vision and set of principles to which we are faithful, then that is our victory in life.”

After two years of testimony and public debate, the Greensboro Truth and Reconciliation Commission issued 29 recommendations to the City Council and public. Some were specific, some sweeping; most will require action by the city and others who still resist.

But the Johnsons are optimistic. They hope to encourage and facilitate truth and reconciliation commissions around the country as a tool of healing the wounds of the past and “opening up a new future for us all.”