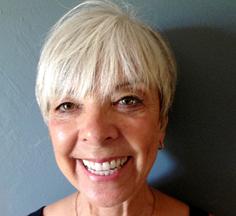 Armitage helps people with Alzheimer’s express themselves through art when the disease has taken away their words.

Nancy Armitage explored a lot of professions through four decades, including flight attendant, project manager, home care salesperson, and art instructor. She was also a lifelong artist who had watched her own mother descend into dementia from Alzheimer’s disease, which affects 5 million Americans.

In 2011, she launched an encore career that combines her professional experience, creative joy and family history as an art coordinator in Southeastern Wisconsin for Memories in the Making®, which brings the expressive power of art to people with Alzheimer’s nationwide.

“Within weeks of accepting this new role, I had a humbling ‘aha’ moment of clarity when I realized that each position in my past had prepared me for the role of a lifetime,” she says.

Supported by the Alzheimer’s Association, Memories in the Making brings weekly painting sessions to long-term care and adult day care settings for individuals in the early to middle stages of the disease. Tailored to their needs and limitations, it encourages creative expression by people who have often lost the ability to use words, but can paint their thoughts, emotions and memories. Art becomes their voice.

In the first year, Armitage launched 14 programs that drew 92 artists. In 2012, 20 programs served 200 artists, who participated in more than 700 art sessions. Some have had their art displayed at Gallery Night, Milwaukee’s premier art event, which is held quarterly.

She says of her encore career, “For me, this is the final reward—a chance to dispel fears, raise awareness and engage new people in our cause to eradicate Alzheimer’s disease.”