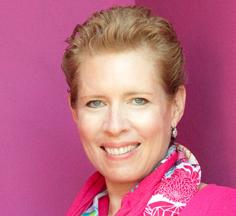 In 2005, Molly MacDonald was between jobs, supporting her five children and aging mother, and paying $1200 per month for Cobra health insurance. Then she was diagnosed with breast cancer.

Two surgeries and six weeks of daily radiation cured her cancer but derailed her job and ruined her finances. Her home went into foreclosure; her family relied on the food bank to eat.

Angry, frustrated, and broke, MacDonald launched an encore career to help women cover their bills during treatment. The Pink Fund launched in 2006 with an unusual fundraiser: an Ebay auction of a plaster cast of MacDonald’s bust. “Without financial resources, I had to find a creative way to draw attention to the fact that while millions of dollars provide women with free mammograms and billions of dollars going toward research for the cure, very little is done to help the patient in active treatment,” she says.

The press picked up the auction, and within days donations began trickling in.

Since then, the Michigan-based nonprofit has helped 245 women in 37 states with up to $3,000 in direct financial assistance during treatment, covering nonmedical expenses such as health insurance premiums, housing, transportation and utilities. Payments are made directly to the creditors. In the past fiscal year alone, The Pink Fund has made $250,000 in payments.

MacDonald says of her encore career: “The work I do is life changing for the patients, their families, for me, my team and even my children. I am stunned that in the last third of my life, I am, apart from raising my five children, doing the most important work of my life.”