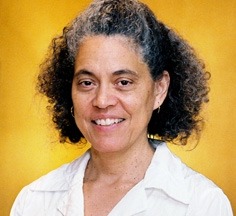 Fullilove engages her hometown’s multicultural residents in civic life, urban revitalization and each other.

Mindy Fullilove was born and raised in Orange, a working-class New Jersey city. As a child, Fullilove felt like she didn’t fit in, and college was her way out. As a teenager, she vowed never to return.

In February 2007, by then a well-established research psychiatrist at New York State Psychiatric Institute and a professor of clinical psychiatry and public health at Columbia University, Fullilove went home for a Black History Month celebration at a church she attended as a young girl. The city had become home to many immigrants struggling with a variety of urban ills.

“I was filled with gratitude that the little church, with its eloquent Tiffany window, was still a kind and welcoming place,” she says. “I wanted to see it go forward. That was the moment I decided, much to my surprise, to be a part of the future of Orange, New Jersey.”

That same year, Fullilove proposed the creation of the University of Orange, a free school for city residents that promotes civic engagement, citizen participation and activism. In order to graduate, students – who have ranged in age from 13 to 91 – must take two courses in subjects as varied as youth urbanism and winemaking, vote, volunteer for at least one community project, have fun with their neighbors and attend a city government meeting. The goal is to promote civic engagement, build community connections and transform Orange into an “urban village” of the 21st century.

Run by volunteer faculty, the University of Orange has earned modest grants to connect students with other city organizations, churches and youth groups. More than 75 students have graduated since its inaugural class in 2009.