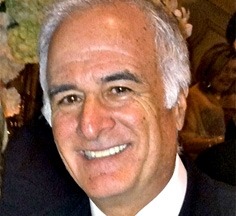 By enabling video to be translated into any language, Smolens is removing language as a barrier to cross-cultural communication.

Early in his career in the garment industry, the St. Louis-raised Michael Smolens took his first trip abroad to the southern Philippines. The trip influenced his life’s direction, and he spent the next 30 years doing business with emerging economies. After 9/11, he saw the negative effects of language barriers first hand as public opinion of the United States rapidly deteriorated in countries where he had long worked.

Michael Moore’s 2004 documentary Fahrenheit 9/11 inspired Smolens to find a solution to cross-cultural language barriers. Smolens thought, “If one documentary film in English could possibly change a U.S. presidential election, what would happen if I could figure out a way to enable any film, or any video, in any language, to easily and inexpensively be made available in all languages?”

In 2007, at age 57, Smolens launched dotSUB – a website that allows a user, with no training, to upload a video, request captions or have translators add multilingual subtitles and then share the video with the world. A host of other options, some free and some fee-based, allow individuals, companies and organizations to bring know-how, serious debate, intellectual inspiration and amusement to people all over the world. For example, a video interview with a protester in Cairo’s Tahrir Square in Egypt was translated into 24 languages and shared worldwide.

Increasingly, dotSUB is partnering with others – from Twitter to AARP. Smolens finds the work thrilling and hopes to “enable billions to become part of the global media revolution.”