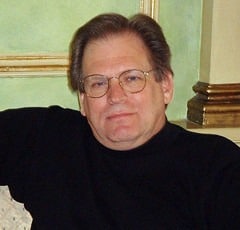 Before 2004, recidivism for inmates at Dixon Correctional Institute in Jackson, La., hovered at around 50 percent. So half of the prisoners who were released routinely landed back in prison. Then Michael Ellerbe showed up.

A Southern Baptist pastor, Ellerbe stepped down from his pulpit at the age of 55 to work (initially at no pay) with the fledgling pre-release program at Dixon. After eight months, he was made a full-time employee and became the program’s director. He has instituted various programs centered on life skills, including personal finance and parenting.

Ellerbe – whom the inmates call “Mr. E” – has orchestrated programs to provide free suits for offenders soon to be released; train inmates in the construction trades; and teach prisoners about home buying. Today, Dixon’s recidivism rate is 35 percent. In 5 1/2 years, Ellerbe has taught more than 2,500 prisoners; every month he individually counsels roughly 50.

Reflecting on the time he has spent helping inmates, Ellerbe explains: “Being a part of helping another human being find their hope in life again is the pinnacle of my work and fuels the passion I have to continue this work.”