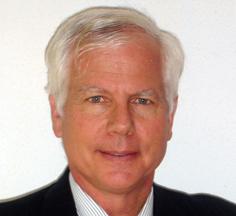 Berkeley opened a hospital, birthing clinic and airfield in one of Mexico’s poorest regions to bring modern medicine to the Tarahumara Indians.

For decades, Michael Berkeley had a fulfilling career as an orthopedic surgeon for celebrities in Aspen, CO. By the late 1980s, he wanted a higher purpose. “I didn’t want my tombstone to say, ‘He fixed a lot of knees,’” he says.

He found an encore career in Chihuahua, Mexico, where through the 1990s he volunteered at a Christian hospital treating Tarahumara Indians, who suffer one of the worst maternal and infant mortality rates in the world. Half of all children die before age 5.

That’s why as president of Mexico Medical Missions, the nonprofit he founded, he dreamed of building a modern hospital in the Sierra Madres. With the help of volunteer Amish builders and donated steel, that’s what he did: Hospital Misión Tarahumara is a 10,000-square-foot modern health care facility and birthing center that opened its doors in 2000.

Today the hospital staff treats 10,000 patients annually. More than 5,000 life-changing surgeries have been performed—some by Berkeley himself—and 100 babies are born there every year.

Mexico Medical Missions also brings health services and education on nutrition, hygiene and midwifery to 10 remote locations. In addition, it has drilled 30 wells to sources of clean water and built an airfield to transport doctors and patients between remote locations. What was once a two-day walk to the hospital is now a 15-minute flight.

“It had not been my original intent to begin a second career,” says Berkeley, who in 2002 moved with his wife to Mexico, even as drug cartel violence drove others away. “I have found that being in an encore career, and having our children grown and independent, allows us greater freedom to be able to continue in this sometimes dangerous job.”