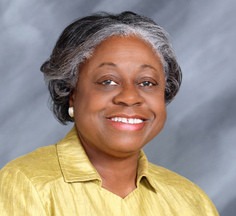 Reed is working to strengthen early education and care for low-income children in Massachusetts, by inspiring policy reform through research and advocacy.

More than a third of female-headed, single-parent households with children younger than 5 in Massachusetts live below the federal poverty level. Those most affected by this poverty – children – have a fierce advocate in Mary Reed. Her own mother was the first black woman in Boston to open a child care business in 1946.

Reed took over the business in the late 1990s after her mother passed away, leaving a successful career as a nonprofit human resources executive. Bothered that “children were losing access to care because of the circumstances of their parents,” Reed switched from practitioner to advocate.

In 2002, she founded Bessie Tartt Wilson Initiative for Children Inc. to strengthen early childhood education and care through research, policy development, communications and advocacy. Named after Reed’s mother, the organization focuses on the neediest families. With those families in mind, Reed worked with state legislators to reform Massachusetts’ child care voucher system, helping save child care for thousands of children.

And in 2009, her organization convened meetings throughout Massachusetts with more than 600 early educators, administrators and parents to discuss the current state of early education and care and how it might improve.