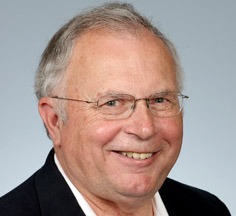 Through forums and workshops, Skeie helps people 50 and older find self-determination, civic engagement and personal growth — and change their communities for the better.

During his 35-year managerial career with 3M, Mark Skeie built a long history of service as an avid volunteer. When he left 3M in 2003, he knew he wanted to serve others. He remembered the regrets of his father, who lamented days before he died that he had wasted his older years.

To help himself better serve his community, Skeie enrolled in an eight-month leadership program at the Vital Aging Network, which at the time was a University of Minnesota program for people 50 and older interested in contributing to the common good.

A project he completed during the course developed into a book, Mapping Your Retirement. The book inspired Skeie to launch MYR Inc., a nonprofit that helps people prepare for healthy, active and productive retirement. Thirty colleges across the United States and Canada offer a retirement planning workshop MYR developed.

Skeie later became executive director of the Vital Aging Network (VAN), transforming it into an independent nonprofit that offers its programs in many communities across Minnesota. It has recently launched in Colorado.

Roughly 1,200 people attend VAN forums each year, and close to 15,000 use VAN’s website or receive its e-Bulletin annually. The nonprofit has helped develop people 50 and older as community leaders who are continuing to make significant contributions in their communities.

“Being involved in activities that benefit both the individual and society contribute to meaning, purpose and value and is an important indicator of well-being as we age,” Skeie says.