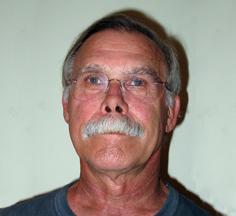 Mark Foreman served in Vietnam in 1968 as a Navy Corpsman giving first aid to marines. After just five weeks, most of his hip was blown away in an explosion. He lay on a mountain for five days. During the eight months he spent recovering in a body cast, he decided to devote his life to love, art and eventually teaching.

When he retired in 2005 after 20 years of teaching art in Milwaukee’s public schools because of pain from the old injury, he knew he wanted to help homeless veterans as an encore career. As many as 400 sleep on Milwaukee’s streets every night; some 200,000 vets are homeless nationally. “It was shameful,” he says. “My military experience taught me that I would never leave a wounded soldier behind, and homeless veterans are some of the most wounded in our society.”

Foreman joined Veterans For Peace, and mobilized members to approach homeless vets all over the city to learn what they needed help with. From that effort he launched the Milwaukee Homeless Veterans Initiative, which since 2008 has helped more than 1,000 vets with food, benefits, housing, medical care, clothing, toiletries, transportation and furniture when they secure housing.

Forty volunteers have joined Foreman’s encore calling. “People want to help when they know there is injustice in the community, and the Milwaukee Homeless Veterans Initiative provides the platform for them to become engaged,” he says.