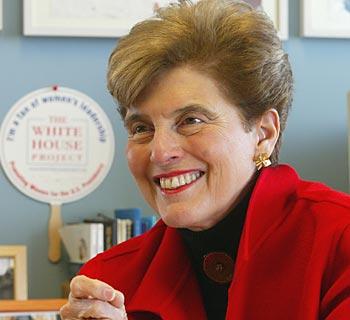 Marie Wilson, 65, started The White House Project for a critical reason: to get more women in positions of leadership and to get a woman in the White House – as president. Today women represent 51 percent of the population, but only account for 15 percent of Congress and fill less than 14 percent of the board seats in the Fortune 500. In fact the United States is behind much of the world in terms of women’s political representation, ranking 68th, after Angola and Vietnam.Since 1998, The White House Project has advocated for women’s leadership through initiatives including “Vote, Run, Lead” which since 2005 has provided political leadership training to more than 800 women to help them run for office. Participants have won elective office in three states, and at least 70 have become legislative interns. The White House Project has hosted national summits for female CEOs and executives and for international women leaders. Working to change public perceptions of women in power, the organization collaborated with ABC to launch the primetime series “Commander In Chief” – starring Geena Davis as the first female President – and with Mattel to release the President Barbie doll.