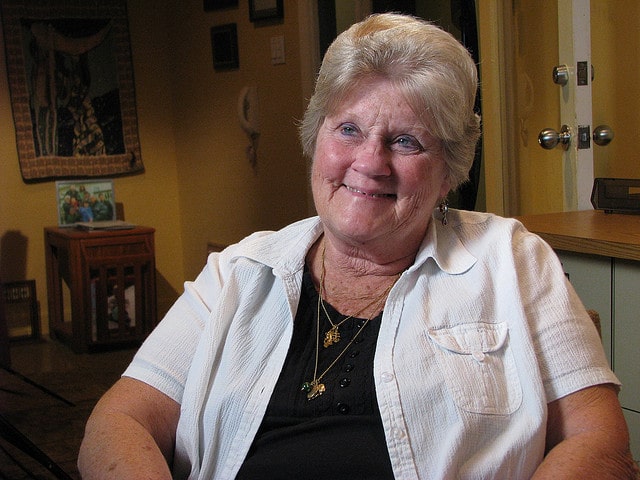 Facilitating adoption of hard-to-place children, including those with HIV.

Margaret Fleming was not surprised when her son adopted a child born with HIV. She has nine adopted children herself, including some with HIV and other factors that initially made them difficult to place with a family. Her journey began after a deep depression in midlife following a divorce. She found renewal by launching Adoption-Link, at first a referral service and later a licensed adoption agency for hard-to-place children.

After Fleming’s brother was diagnosed with AIDS, she founded Chances by Choice to help find homes for HIV-positive children abandoned in foreign orphanages. She has helped place an unprecedented 55 HIV-positive children from all over the world, including the last three that came from her partnership with a Haitian orphanage. Adoption link has placed 900 children, both healthy and with special needs, in loving homes. Her organization offers a range of services to adoptive U.S. parents, including scholarships to help meet the high costs of international adoption, medical referrals, support groups and connections to other parents of children with HIV.

Fleming had a successful private psychotherapy practice in the Chicago suburb of Oak Park, Illinois, but her divorce threw her into a deep depression. Many people helped her, and she decided she needed to give something back. “I think I translated a lot of my sadness and pain into action,” she says.

She did some volunteer work but realized she had always wanted to start an adoption agency. “Not any adoption agency, but one that would really meet a need.” In 1992, Fleming launched Adoption-Link, at first an education and referral service and later a licensed adoption agency for children labeled “difficult to place.”

“Most agencies were comfortable refusing a referral from a newborn African American baby with high prenatal risks,” says Judith Stigger, an adoptive mom who provides adoption-readiness training at Fleming’s organization. “Adoption-Link accepted those referrals and found loving homes for those children.”

But Fleming soon had a second issue of her own to deal with: her brother Ed had been diagnosed with HIV. “In my sense of helplessness about Ed and the HIV community, I wanted to do something” to fight the pandemic, she says. One day in 2003, at age 65, she came across another adoption agency newsletter with a photo that riveted her attention. It was captioned, “Baby in AIDS Ward – Ho Chi Minh City.”

“One thing led to another,” Fleming says. A few months later, she was in a steamy, run-down section of Ho Chi Minh City, rescuing baby Lien from an impoverished orphanage. “No music, no toys, no words, no joy. Children were touched only when necessary,” she recalls. “The babies rarely cried since no one responded to them anyway.”

The home expected so few HIV-positive children to survive that the facility’s budget included their funeral costs. At that moment in 2003, Fleming said, a new organization took shape in her mind. She came home with Lien and refinanced her house to launch Chances by Choice, a part of Adoption-Link that would focus on finding homes for HIV-positive children born overseas.

Chances by Choice was the first such U.S. organization. Fleming provides the new parents with HIV education, administrative and emotional support, and links to other parents in the same situation.

“We have seen that a percentage of prospective adoptive parents are willing to consider and be educated about the realities of parenting an HIV-positive child,” Fleming says.

“Education, of course, is key…and it follows that if these kids are now being seen as adoptable – when they were once viewed almost as lepers – then other special-needs children will also be viewed more favorably.”

Children like Zachary, she said, who was born with no arms or legs. Fleming found a home for him with the first call she made.

Baby Enat was another HIV-positive child whom neighbors found abandoned in her home in Ethiopia when she was eight months old. Her mother had died of AIDS and her soldier father had been killed. The neighbors took the baby to a crowded local orphanage, where caretakers handled her as little as possible. Developmentally delayed as a result, Enat suffered malnutrition, various illnesses and parasites and did not crawl or move around. When she fell over while sitting, she could not right herself without help from a caretaker.

Mary Austin, a former nurse now in her fifties, saw Enat’s picture in an Adoption-Link brochure and felt an instant connection. Already a mother of two, Austin mulled the prospect of adoption for several months, discussing with Fleming her concerns over what it would mean. “The bottom line was, I could not live with myself if I left this child in Ethiopia,” Austin says.

Hanna Rose Enat has now been at home with Austin for a year. “She is now a healthy, beautiful, energetic three-year-old, packed with personality,” Austin said. “We are firmly connected at the hip. I cannot imagine life without her, and most of the fears I had never materialized.” Many problems did occur, most related to Enat’s early deprivations. “It’s not easy and you don’t feel prepared, but Margaret has been there, and she can talk parents through any issue,” Austin says.

Coordinating paperwork and legal requirements in both the U.S. and host countries is time-consuming and difficult, but Chances by Choice awards family scholarships to help those who otherwise could not afford to adopt. Its counselors also work after adoption with the new parents to keep them connected to support groups and medical resources.

“Two main misconceptions are that these kids are going to die early with horrible deaths, and that they’ll infect everybody else, and of course that isn’t true,” Fleming says. “None of the adoptive parents have found it too difficult.”

Since 1992, Adoption-Link has placed 800 children in permanent homes, and Chances by Choice has coordinated the adoption of more than 50 HIV-positive children from abroad. Fleming would like to find financing to expand budding adoption services in Haiti, Ethiopia and other countries, and to form a coalition of agencies to share resources. In the meantime, she has helped seven other U.S. agencies develop overseas HIV adoption programs.

Adoption professionals are now using Fleming’s model to start other groups focused on finding homes for HIV-positive children, many from overseas. “All these skeptics told me that I would never make a go of this,” says Fleming. “But I just knew it was going to go.”

And there is more to do. “There are legions of these kids waiting – hundreds of thousands,” says Fleming. “It would be wonderful to have a coalition of concerned agencies who work together to make a difference.”

In the meantime, Fleming herself has adopted nine children, three of them HIV-positive.