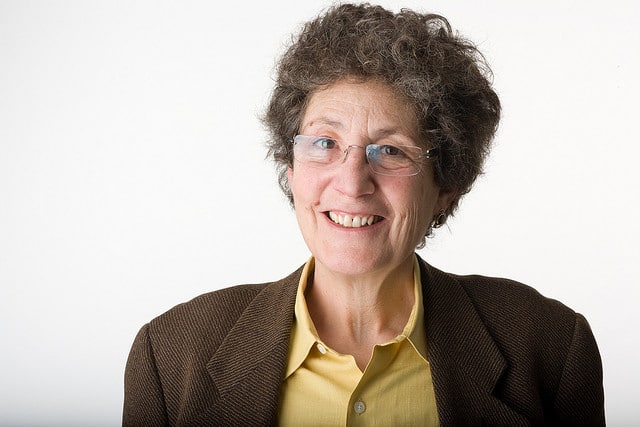 As some of her friends approached old age, Marcy Adelman worried they would have no place to go without fear of discrimination and loneliness. Through her research, the psychologist appreciated the trials of aging within the LGBT (lesbian, gay, bisexual, and transgender) community. She saw the group was less likely to have children to care for them or senior housing that welcomed them. Adelman and her partner set out to meet the need by providing affordable, LGBT-friendly housing and eventually training service providers to better support LGBT elderly in the San Francisco Bay Area.

The realities of aging can be a challenge for all of us, but Marcy Adelman saw older LGBT (lesbian, gay, bisexual, and transgender) adults in San Francisco facing some rather daunting odds.

Her groundbreaking survey showed that San Francisco’s 25,000 LGBT individuals over 55 are more isolated, less likely to have children or other relatives to take care of them, and no more comfortable financially than heterosexuals of the same age. For a long time, same-sex couples could not live together in senior housing and the wording in most literature associated with long-term care was not LGBT-inclusive.

Despite the size of the city’s LGBT population, more than two-thirds of San Francisco’s neighborhood senior centers reported in a 2001 government survey that they don’t serve any LGBT people. “We don’t have anyone who fits that description,” was a common comment.

Facing explicit – and subtle – discrimination, Adelman explains, too many LGBT individuals who wanted to move to residential senior facilities or access senior services were “forced back into the closet.” For Adelman, a psychologist, it became clear that for thousands of LGBT seniors, “there wasn’t any safe place to go.”

“Openhouse has become a recognized leader in educating service providers and other stakeholders about the needs and concerns of the hidden LGBT senior population,” says Mark Leno, a California state senator. “The result has been a dramatic improvement in mainstream services that are truly and sensitively available for LGBT seniors over an ever-widening geographical area.”

The organization’s most visible achievement will be an affordable housing, LGBT retirement community in San Francisco’s Hayes Valley neighborhood, slated for completion in 2013. The complex will offer 88 units – studio, one-bedroom, and two-bedroom apartments – and include retail stores open to the public. The hope is to create a “sense of aliveness,” Adelman says.

On the political front, openhouse has helped to pass legislation, including the Older Californians Equality and Protection Act, which requires the California Department of Aging and Area Agencies on Aging to ensure that programs and services for seniors address the needs of LGBT Californians. Online, openhouse runs a clearinghouse that includes contact information for senior housing and LGBT-friendly aging programs.

Adelman says she collaborates with other organizations and existing services whenever possible, so as not to duplicate senior services already available in San Francisco: “At openhouse we want to ensure that LGBT people feel welcome and safe whenever they access the services they need.”

In 2004, openhouse created a cultural competency training program for health care and other service providers to recognize and better serve LGBT seniors. More than 1,500 such professionals from more than 150 agencies in San Francisco, Los Angeles, Sacramento and Monterey County, have completed the program, Adelman says.

As openhouse strives to increase the availability of services, it seeks to alleviate isolation, which Adelman says threatens seniors’ overall well-being and especially affects gay seniors. A 2003 openhouse study found that area LGBT residents age 60 and older were twice as likely to live alone. In San Francisco, 27 percent of older gay men and 53 percent of lesbian seniors have children, compared with 80 percent of heterosexuals of similar age.

“Marcy has always sought collaborations with people from extremely different backgrounds,” he says. When Adelman was considering a site in Hayes Valley for the housing complex, she joined the neighborhood association and “became an active and valuable member – not just attending meetings but working together with residents on issues important to them.”

Marc Tosca hopes to live in the new community. Tosca, who describes himself as “pushing 70,” has lived in San Francisco on and off for 40 years. The former cancer patient currently resides in the subsidized housing openhouse helped him find after he experienced both age and LGBT discrimination elsewhere. Otherwise, he says, he might be living in a hallway.

“Openhouse has helped me tremendously,” he says. “I continue to rely on their support. They really do take care of us.”

Tosca said openhouse is unlike other senior organizations. “I’ve been around a long time,” he says. “Other organizations seem to forget what they’re about – it’s about making money. I’ve never come across any other place like this, which is really looking out for us and is focused on what’s real.”

Assisting people like Tosca was harder years ago. Adelman says that when she approached local government officials and developers initially, they were receptive but didn’t help. Research, perseverance, and partnerships with the San Francisco mayor’s offices of housing and community investment gave openhouse the momentum it needed to become more effective.

Adelman, who recently became a volunteer policy adviser for AARP in California, is looking to expand the notion of “livable communities” for older adults of every sexual orientation.

“I will emphasize better planning, safe streets, affordable housing, walkable neighborhoods, easy access to services, stores, and cultural resources,” she says. “If we pursue livability to make our cities and communities better places for people to age and stay engaged in all aspects of life, then everyone benefits.”