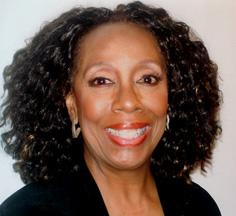 After working in cultural economic development in Chicago for more than a decade, Lyn Hughes thought real estate would be her final career. But she found a higher purpose in her next step launching an encore career devoted to using the fascinating history and powerful influence of the Brotherhood of Sleeping Car Porters to inspire cultural and community pride. The union represented the 20,000 African American porters and maids who worked as the onboard crew for the Pullman Rail Car Company, which manufactured and operated railroad sleeper cars invented by founder George Pullman.

In 1995 Hughes founded and opened the A. Philip Randolph Pullman Porter Museum, named after the union’s chief organizer, located in the northern half of Pullman Historic District on Chicago’s South Side neighborhood— though it is part of the US Department of Interior’s Pullman national historic Landmark district, the community suffers from neglect and few services. The museum houses a permanent collection of artifacts and documents related to the BSCP, the first black labor union in the country to win a collective bargaining agreement and to become a part of the American Federation of Labor (AFL).

Since then, more than a half-dozen documentaries and books about the porters have been produced, several museums have followed Hughes’ lead by holding exhibits on the porters, and she’s fielded research questions about black labor history from people all over the U.S. Additionally, the community is now a part of the broader Pullman area being considered for a possible National Park Service designation as a direct result of the Black labor history story brought to prominence through the A. Philip Randolph Pullman Porter Museum.

Hughes hopes the attention will bring tourist dollars, business development, housing restoration and investment to North Pullman and galvanize the local community, which is largely African American. “Cultural inspiration can serve as an excellent vehicle to create change,” she says of her encore calling. “These types of projects offer communities a newfound sense of hope, encouragement and community pride.”