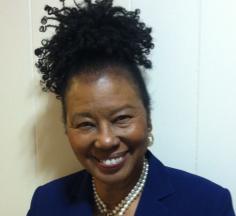 This reverend designed an immersive experience at her church that simulates a 1,000-mile journey on the Underground Railroad.

When I became the first African-American pastor of the First Congregational Church (FCC) of Detroit in its 150-year history, my European-American and African-American congregants were like two different cultures under one roof. It took me seven years to find a way to bring them together. When I found the solution on a black history bulletin board in 2001, I was ecstatic.

Our church had been a station on the Underground Railroad. And the Congregational Church had been strongly anti-slavery since the 17 th century. There it was! My two groups shared a common bond: the abolition of slavery, and the desire for freedom and self-determination.

Fortuitously, in 2001 the city of Detroit was funding projects in honor of its 300 th birthday. With a $6,000 grant, I created the Underground Railroad Living Museum Flight to Freedom tour, an interactive ‘education through entertainment’ experience simulating a 1,000-mile escape from slavery in Louisiana to freedom in Ontario, Canada.

It’s an immersive experience that takes place throughout the entire 50,000-sq.ft. space of the church. Visitors are first shackled with wristbands. Then, with the guidance of a ‘conductor,’ they hide from bounty hunters, cross the Ohio River, and finally enter ‘Midnight,’ the code name for Detroit, where they take refuge at the FCC before escaping to freedom in Canada.

On our first tour, we had 20 ‘passengers.’ Today we have 7,000 a year. The tour has healed our congregation, but its message of freedom has significance for people throughout the world.

I am still ecstatic. I believe what the writer and theologian Frederick Buechner once said: ‘The place God calls you to is where your deep gladness and world’s deep hunger meets.’ I am at that place now.