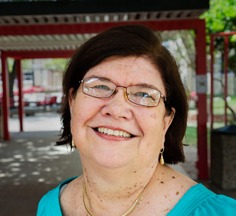 Decker helps low-income adults and teens acquire the financial, career and life skills they need to transform their lives and prosper.

On Sept 11, 2001, Lorraine Decker and her husband, Ken, were ready to fly to the Middle East to teach financial, tax and estate planning workshops across the region. It was supposed to be a routine trip for them, both financial consultants who had brought their seminars to major companies all over the world.

But as the Deckers packed their bags in a hotel near the Newark, N.J., airport, the first of the planes hit the World Trade Center. They wouldn’t be going to the Middle East.

Their outlook shifted. “We both felt a profound need to help recreate the future,” recalls Lorraine Decker. For years they had been so busy with work. With the trip canceled, they had a chance to “work with people we never got to help before in corporate America.”

So they expanded their lucrative corporate practice to provide free classes focusing on financial education and planning to public school teachers and to college and medical students facing significant student loan debt.

They felt good about their work, but they wanted to have a bigger impact. The opportunity came in 2003, when Habitat for Humanity – the international nonprofit that builds homes for low-income families – called them to help homeowners avoid foreclosure.

Lorraine Decker met families who needed more than homes. They needed the financial, career and life skills that she had been teaching to corporate employees for two decades.

That’s how Skills For Living Inc. began, eight years ago. The nonprofit provides free financial, career and college-planning workshops to low- and moderate-income adults and at-risk students in the Houston area. It has helped more than 1,000 high school students, 1,500 adults and 556 families.

For this kind of work, Decker draws from lessons she learned early from her mother.

“As a teen, I had a clear understanding of the difference between wants and needs and the importance of an education,” she says. The first in her family to go to college, Decker paid for her own education doing odd jobs waiting tables, selling encyclopedias and soldering circuit boards.

“I also felt life should be fair,” she says. “If you are willing to work hard, put out the effort, get an education, add value to society, you should be able to win.”

The Habitat families Decker met brought her to a harsh realization: It takes more than sheer will and hard work to get ahead. Often the families pieced together multiple, low-paying, part-time jobs, in some cases working far more than the typical 40-hour work week.

“They knew how to budget, but they didn’t make enough money,” Decker says. “They also lived with fear and didn’t have experience asking for a raise, promotion, benefits or minimum wage. … Society had shattered their dreams.”

Upon starting Skills For Living, Decker began working with 42 families, teaching them “how to work smart, keep their money, build their wealth and … [avoid] positions where they were caught with no money and forced to use third-rate lending,” she says.

As Decker got to know the attendees, she also met with their children, who often sat in on the programs. The parents wanted their kids to go to college but had no idea how to make it happen. And frequently the kids thought school was irrelevant for their futures. So Decker created the Game of Real Life, a 120-hour course over three weeks for economically disadvantaged and at-risk teens on financial education, career discovery and college planning.

Hundreds of volunteers (including people from dozens of businesses) participate as interviewers, trainers, guest speakers, career mentors and instructors.

Following the course, the students play a two-day reality simulation. They interview for jobs in the game, are hired and then “age” from 19 to 26 in one-hour intervals as they work, pay bills, file tax returns, buy homes, purchase cars, acquire insurance, pay for college and save for retirement.

Kids like 13-year old Sohaib have the most to gain from the Game of Real Life. His mother works three jobs, and his father’s not around.

“Most people learn about money management from life experience,” says Sohaib, who took the course in 2012. “We have an opportunity to learn it now that we are young.”

Serenia Cebrero, 20, who took the course in 2008, credits the experience for helping her find her current path. She’s on scholarship at Northwood University in Cedar Hill, Texas, studying to be an accountant. She says she has felt that some people have had low expectations for her because she is Latina. But the Game of Real Life helped her see past the naysayers.

“I have to make a difference regardless of what others think of me,” she says. “I got my confidence because of Skills For Living.”

From 2007 to 2012, during which time Decker served as president and CEO of Skills For Living, more than 1,000 economically disadvantaged young people from 40 Houston schools have gone through the Game of Real Life. (In January 2013, Decker became president of Financial Mentors of America, through which she plans to expand the Game of Real Life nationally.)

Skills For Living has attempted to track the impact of the program locally. The organization conducted a survey of course participants for a 2011 internal report and found that of the 224 students who responded, all had completed high school on time (and all but one had continued on to college). According to the Texas Education Agency, 71 percent of Houston’s ninth grade students graduate high school on time.

Meanwhile, the adult-oriented programs have had a decided economic impact on their participants, according to a United Way independent evaluation that concluded the participating families increased their incomes by an average of $9,483 a year. The United Way found that one year after participating, some families increased their incomes by at least 20 percent and in some cases doubled it.

Yuzebel Mendoza more than doubled hers. A single parent of three, for five years she worked for a law firm earning $22,000 a year as a bilingual legal assistant, a job with no benefits and five days of unpaid vacation.

After attending the Skills For Living boot camp in 2007, Mendoza got the confidence and knowledge she needed to look for a new job. Today she works at a different law firm in the same position – but now she earns $50,000 a year with full benefits.

“They teach you what you are worth, how to sell yourself and that you can’t settle for less, regardless of whether you went to college or not,” says Mendoza of the boot camp. She now plans to attend college and law school – and her employer is going to pay for it.

Decker hears stories like Mendoza’s and knows she and her husband are doing valuable work.

“My husband and I could have retired,” Decker says. “But once we saw results with Skills For Living, we knew we were making a difference. We had to keep going.”