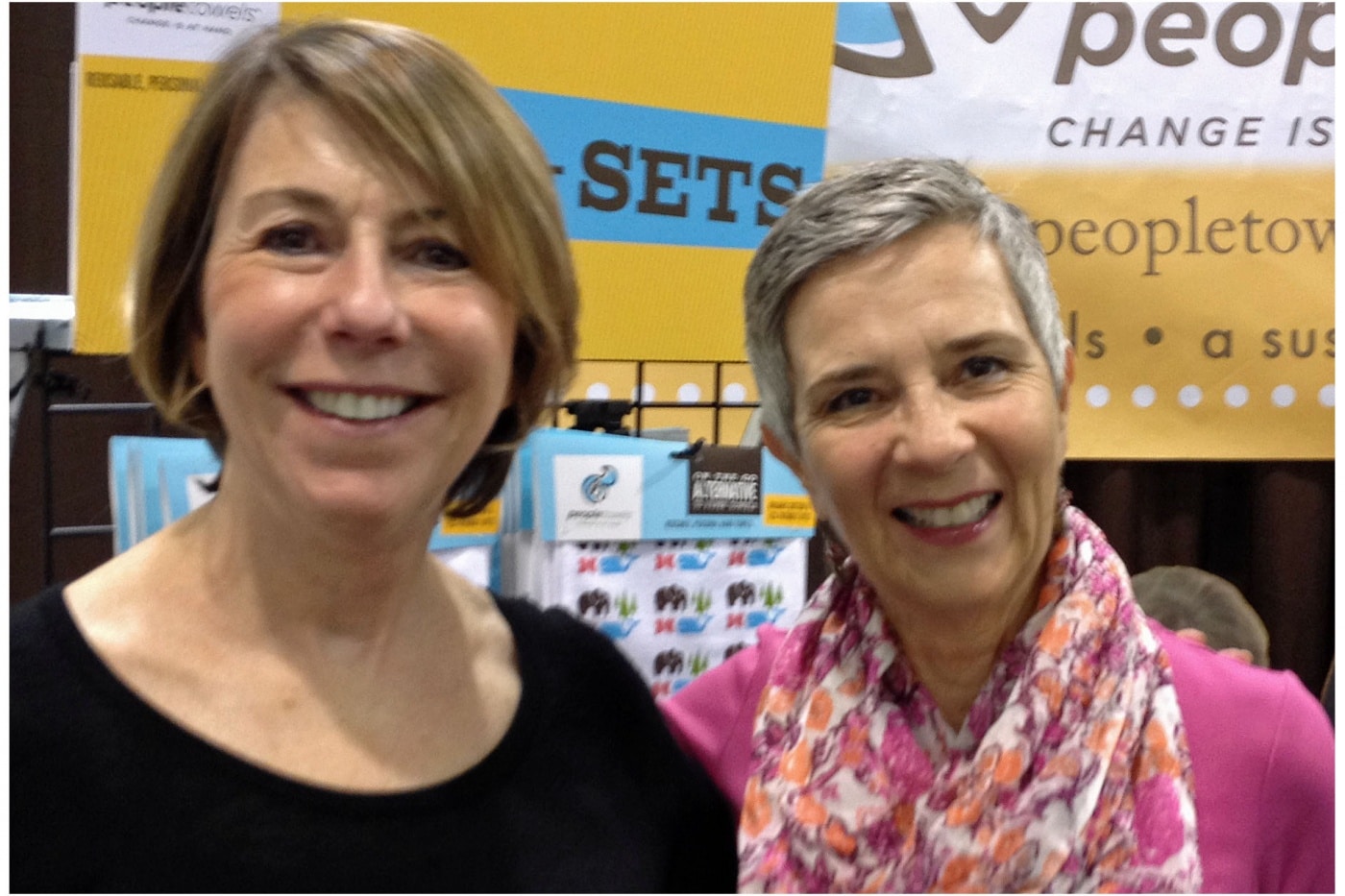 In 2006, Mary Wallace and Linda Lannon were high-level executives at McGraw Hill who struck up a cross-country friendship. Both worked remotely from their homes on opposite coasts – Wallace in Florida and Lannon in California’but collaboration regularly brought them together.

Former educators in their mid-50s with grandchildren, they often discussed their longing for work with a higher purpose. ‘We had a sense of urgency about climate change,’ says Lannon. ‘We wanted to do something more meaningful that impacted the world positively for future generations.’

Wallace found a spark of inspiration in Japan, where her daughter lived. ‘People never use paper towels when they’re out,’ Wallace says. ‘Instead they carry a small reusable hand towel with them everywhere they go.’ On an island nation with a high population density and little free land, this tradition is both environmentally smart and deeply practical.

It made Wallace wonder: Could they convince people in the U.S. to do the same?

That’s what she and Lannon have set out to do with PeopleTowels, the company they founded in 2009 to replace disposable paper towels with fun, eco-chic, reusable, organic cotton hand towels.

They aim to make personal hand towels as commonplace in America as reusable water bottles and canvas grocery bags. In the process, they hope to chip away at the astonishing amount of paper towels that Americans dump into landfills annually.
Since 2009, thousands of people have used PeopleTowels, diverting 2.1 million pounds of waste from landfills, saving over 26,000 trees, conserving 22 million gallons of water and eliminating 5.4 million pounds of CO 2 emissions from the decomposition of paper towels.

The company has grown in sales each year, and their towels are now available in Whole Foods Market, The Container Store and through the Nature Conservancy website. The towel’s behavior-changing message has been carried to unlikely places, too, including into the Pittsburgh Pirates PNC stadium with the first-ever ‘eco-rally’ towel and into the University of California Santa Cruz dorms, which has permanently adopted a paper towel-free environment.

Wallace and Lannon are passionate and committed despite their long hours on opposite sides of the continent – and Wallace’s treatment for breast cancer shortly after they launched.’When you have a life-threatening incident like this, you start thinking about what you want to do with the remaining time that you have left,’ Wallace explains. ‘It just made me all the more determined to make a difference.’

For the duo, creating a better planet for their grandchildren is all the motivation they need. Says Lannon, ‘It’s a labor of love.’