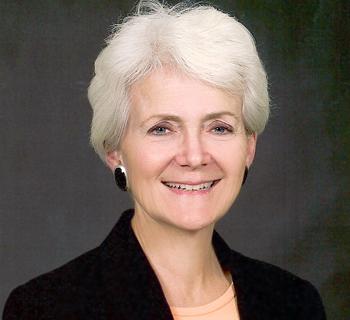 Gustitus is bringing together congregations of all faiths to change U.S. policy to prohibit torture and inhumane treatment of detainees.

In 2003 at age 55, Gustitus retired from a nearly 30-year career in government, including time as chief of staff for U.S. Senator Carl Levin of Michigan. While she was never involved in human rights issues, Gustitus became so outraged when she learned the United States was engaging in torture that in 2005 she organized the members of her church – and of other congregations – to begin regular anti-torture vigils. The next year, Gustitus helped found the National Religious Campaign Against Torture to educate people of all faiths about torture and to petition Congress and the President to stop it. “I have had the opportunity to meaningfully put my time and talents into a significant issue about which I care deeply,” says Gustitus, 61. Along with pushing for an end to torture on the federal level, Gustitus’ campaign provides resources for congregations to help individuals learn about and explore the implications of torture within a religious framework. In 2007, the National Religious Campaign Against Torture teamed with Evangelicals for Human Rights and the Center for Victims of Torture to form the Campaign to Ban Torture, which garnered support from prominent individuals to call for a presidential executive order banning torture. On his second day in office, President Obama issued such an order.