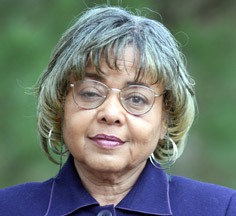 Inspired by the idea that the kitchen is the original play station, Saunders creates kitchen-oriented, online learning tools to encourage kids to be smart and healthy.

A longtime manager in charge of creating diverse workplaces, Leslie Meacham Saunders’ life abruptly changed in 2001 when her father suffered a series of strokes and her youngest sister committed suicide, leaving a 7-year-old daughter behind. “Literally overnight I became responsible for caring for a disabled parent and a hearing-impaired child,” Saunders says.

Saunders moved from Ohio to Georgia, bought a house and started a diversity consulting firm. In 2004, after a tropical storm kept several guests, including seven children, in her house, she found inspiration for another venture. As Saunders occupied the kids by giving each “an important job” in the kitchen, she was struck by the idea that for millennia, across cultures, the kitchen has been kids’ original play station, and a place to learn.

That year, Saunders co-founded KitchenKids! – a nonprofit that provides online learning resources for children ages 5 to 12. The lessons use the topic of food to explore cultural similarities and differences; world history and geography; healthy eating on a budget; and the daily applications of math, logic and chemistry. Materials include games; printable placemats with educational activities in language arts and sciences; and programs that teach kids how to eat healthy, get fit and build self-esteem.

KitchenKids! resources are used in schools and in other education venues, such as health fairs, in 13 states, Washington, D.C., and Johannesburg, South Africa. There are more than 1,000 member families (annual membership is just $5), and free KitchenKids! resources have reached nearly 25,000 families.